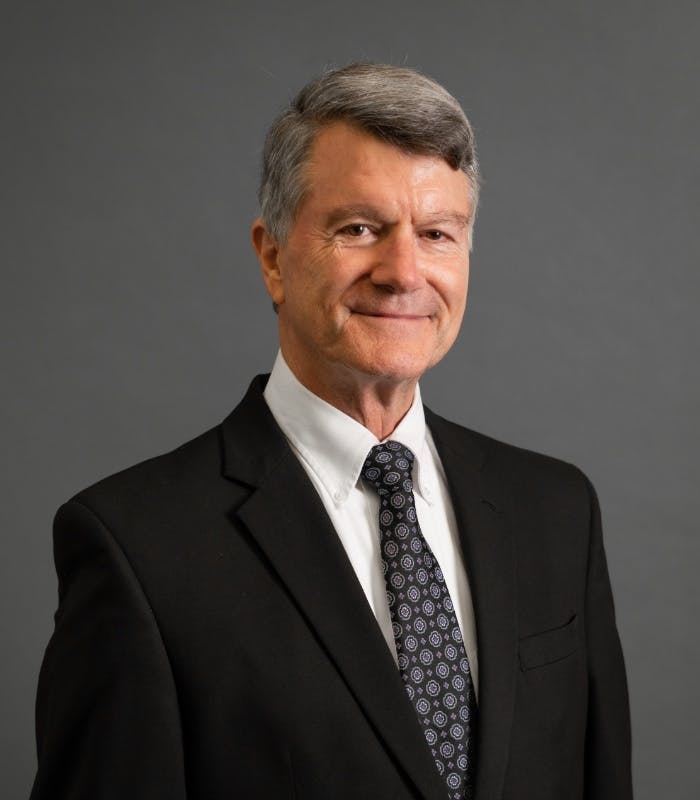 Don joined the Spring Grove Family in March of 2012, when Elden A. Good Funeral Home, Inc. partnered Spring Grove Funeral Homes. He grew up in a funeral home family, his father Elden operated funeral homes in the Avondale and Walnut Hills areas, before moving into the Hyde Park location in 1968. Although Don’s mother Mary Elizabeth Scott Good was never licensed, she was an integral part of the family business, and she like his father, a tremendous positive influence for him. Don went to Hyde Park Grade School and Withrow High School. He graduated in 1972 from the University of Cincinnati with a BBA in Accounting, Cincinnati College of Mortuary Science in 1973 and received his MBA from Xavier University in 1980. Upon graduation from CCMS he taught accounting there until the early 1980’s. He met Beverly D. Potts Good at CCMS and they married in 1975. He has been a member of Hyde Park Community UMC since the early 1970’s. He has been a licensed Funeral Director/Embalmer since 1974-1975. He is a member of OFDA, NFDA, APFSP, the Hyde Park Art Show Committee, Past Master of Hyde Park Masonic Lodge, Scottish Rite Valley of Cincinnati, Syrian Shrine, Royal Order of Jesters, and Kentucky Colonels. Don is very grateful and thanks God for all the many relationships he has developed in Funeral Service. He feels he has been blessed and cherishes the opportunity he has had to work with his wife and family, and for the friendships he has developed in the Spring Grove Family.