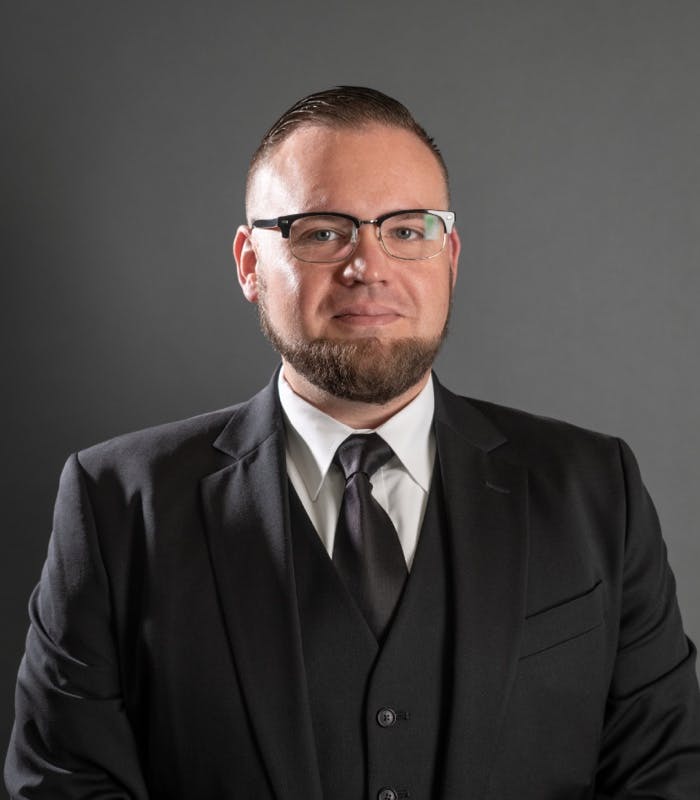 Nick Rine has over 20 years of experience working in the funeral profession. He began working in a funeral home when he was fifteen and then went on to mortuary school after graduating.

Nick received his Associate of Applied Science Degree and Bachelor of Mortuary Science Degree from Cincinnati College of Mortuary Science in 2007. He was the recipient of the AJ Russler Memorial Award for Excellence in the clinical setting from CCMS. Nick became a licensed funeral director and embalmer in West Virginia in 2008 and later obtained his CFSP designation in 2011. He has been a licensed funeral director and embalmer since 2017 when he moved to Ohio and first joined the Spring Grove family.

Nick is currently a board member with North Bend Masonic Lodge #346 and a member of the Ohio Funeral Directors Association and National Funeral Directors Association. Nick believes funeral service has been a calling of his since the age of 8. It is his mission to facilitate meaningful ways for families to grieve their loss and celebrate the memories of their loved one.