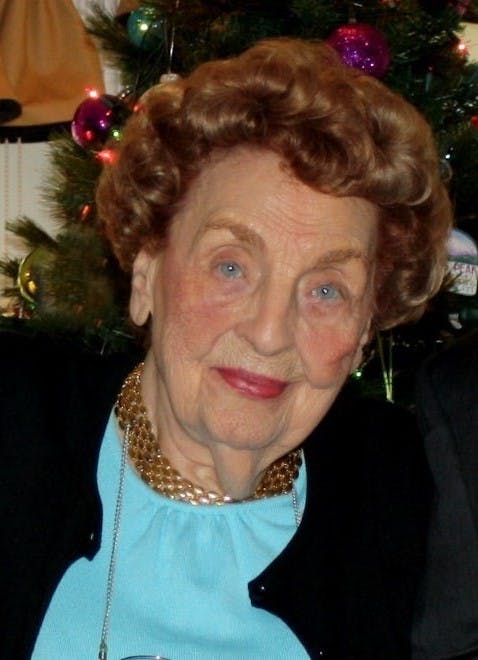 Wilma was born in Barbourville, Kentucky, spent her teenage years on the family farm in Brookville, Indiana and was a graduate of Brookville High School.  Wilma and Dale, who were high school sweethearts, married in 1953 and later settled in Cincinnati where they raised their family. She managed their apartment buildings in the Clifton Gaslight area and opened her home to many who became lifelong friends. She also loved welcoming guests to the "Monte Vista," the second home in Virginia she took great joy in furnishing.  With a long legacy of faith that preceded her, she too, found her strength in God and prayer. Wilma went home to be with the Lord on Saturday, October 30, only 4 weeks after the family celebrated her 90th birthday. Wilma was a longstanding member of the Mt. Healthy Eastern Star #365. She was a loving, classy woman and will be remembered for her hospitality, encouragement and her ease in making others laugh.  She will be missed by all who were blessed to know her.

Funeral Services will be conducted at 2 PM on Friday, November 5, 2021 at Spring Grove Funeral Home, 4389 Spring Grove Ave, Cincinnati. Friends may gather with the family beginning at 1 PM and lasting until the time of service. An Eastern Star service will be conducted at 12:50 PM by the Mt. Healthy Eastern Star #365.  She will be laid to rest at Spring Grove Cemetery and a celebration of life reception will follow at the funeral home event center from 3-5 pm. Memorial contributions in Wilima's memory may be given to Mid-Western Children's Home, 4585 Long-Spurling Road, Pleasant Plain, OH 45162.