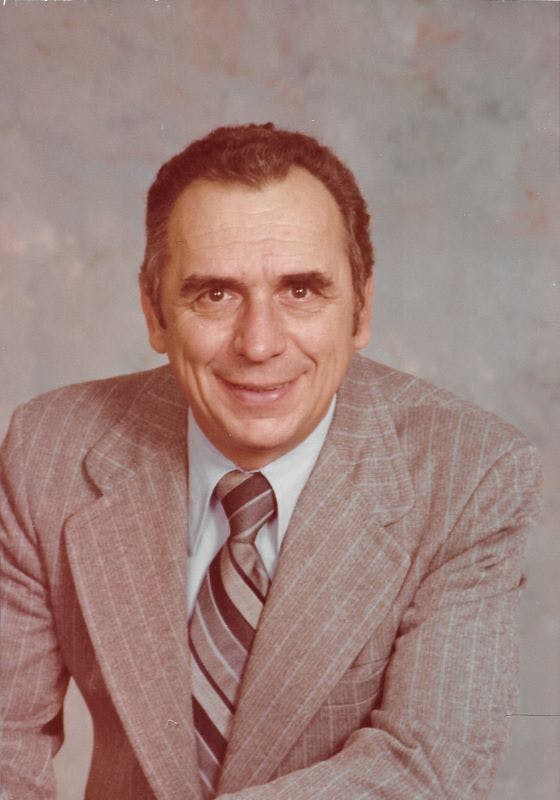 William (Bill) Frederick Fritz left us peacefully to join his heavenly Father on Wednesday morning May 5, 2021 in The Villages, Florida.

He was born in 1930 in Cincinnati, Ohio. He is now reunited with his parents Frederick and Irene Fritz and his brother Robert (Bobby) Fritz.

Bill grew up in Cincinnati and went to Purcell High School. It is then he met Dee who attended his rival school. During high school, he joined the Navy Reserves. He was called to active duty during the Korean War. And boy, did he love to tell his Navy stories. Once home from war, Bill and Dee began building their family. They were active members of the Nazarene Church and cherished raising their family there. Bill attended the University of Cincinnati. He was a design engineer at Formica for over thirty years.

Their home in West Chester was a gathering place for their ever growing family. Many holidays, family dinners and celebrations were spent around the table playing cards and games. Pool gatherings and cookouts were some of our families best memories.

Bill and Dee later retired to Lebanon, Ohio and then onto The Villages, Florida. His favorite hobbies in Florida were golfing, shuffleboard, and cards. He was a competitor and hard to beat.

In lieu of flowers donations may be made to The Honor Flight Tri State by visiting https://www.honorflighttristate.org/donate.