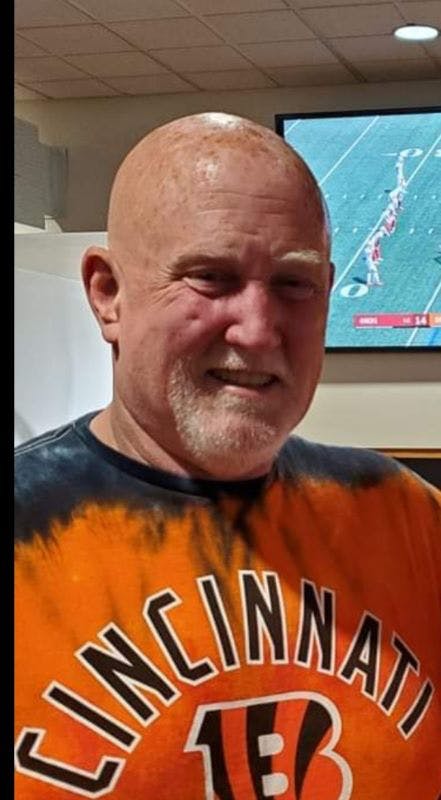 Walter R. James, Jr., also know as Bob, Grizzly and RJ, to friends and family, went home to be with the Lord unexpectedly, on June 11, 2022. He was born August 30, 1956, in Marion, OH, to Walter and Hazel James; beloved son, husband, father, grandfather, uncle and friend to many.

Bob touched so many lives; he never went anywhere he didn't find someone new to call a friend, tease or aggravate, and the more he aggravated you the more you knew he loved you. He never hesitated to help out a neighbor, a friend or anyone in need, strangers quickly became friends and some became family.

Bob is survived by his loving wife Mary; children, Leigh (Kenny) McAdams, Natalie (Kevin) Malay and BJ (Emily) James; grandkids, Autumn and KJ McAdams, Emma and Hannah Malay, Gavin, Harper, and Hunter James; Mary's daughter, Kim (Tim) Ems and children Carly, Gaby and Drew Ems, Bob welcomed them into the family as if they were his own; his Aunt Chris (Deaton), Aunt Thora, and cousins, nieces, nephews, in-laws and outlaws. He was preceded in death by his mother, Hazel James-Young, Les Young, and his father Walter James.

Bob will be missed by many, but was adamant about no services or celebrations; those who knew Bob, know he never was one to like being fussed over, so the family intends to honor his wishes and will celebrate his life privately.

The family requests those who wish to express sympathy to consider making a donation to Camp Jubilee, 3316 Owens Ridge Rd; Tazwell, TN 37879. A Christian camp, Bob and Mary, and their son BJ, attended and were involved with. www.springgrove.org