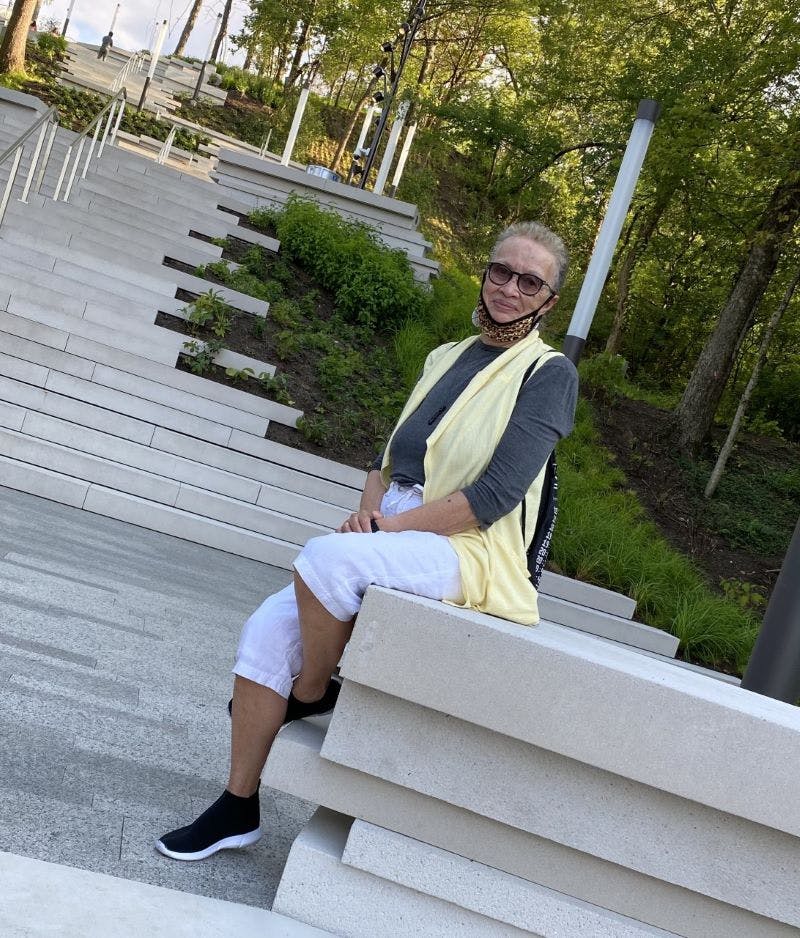 Verneida I. Britton, 82, of Cincinnati, passed away peacefully and surrounded by family on Palm Sunday, March 28, 2021. Due to COVID-19 safety restrictions, the family will be holding a private family service that will stream live at the funeral home website (springgrove.org) under her obituary page on Saturday, April 10, 2:00 p.m. There will not be a visitation or viewing. While flowers are welcome, the family also asks that you consider purchasing a membership to her beloved National Underground Railroad Freedom Center or making a donation to the Freedom Center's Youth Docent Program in her name (https://freedomcenter.org/).

Verneida graduated from Withrow High School in 1956. Three years later, she married Ernest Wadlington Britton and soon had two children, Ernest and Renee. She earned her bachelor's degree from Union Institute and her master's degree in Education from the University of Cincinnati (the latter earned at age 50). Her family well remembers the high standard she set for church and community volunteerism. She was a Sunday school teacher and superintendent at Trinity Baptist Church, president at Madisonville Elementary School PTA, president of the Madisonville Community Council, and a board member of the Art Consortium of Cincinnati in the West End, plus a long list of engagements with other organizations, including the Black Political Organization, Real Women of Cincinnati, and of course the National Underground Railroad Freedom Center.

Her great love for African American history and K-12 education led her to volunteer as a docent at the Freedom Center for the last 16 years, where she also led thousands of students through the museum. She was in the first class of docents who helped open the museum in 2004. In addition to being a docent, she also served as a trainer for the youth docent programs and an orientation trainer for both new docents and new staff. When the Annual King Legacy Celebration Breakfast transitioned from the Arts Consortium of Cincinnati to the Freedom Center in 2005, she chaired the event for the next ten years. It was also an event she helped found in 1992.

Verneida was an avid reader of spiritual and motivational books, and she also wrote her own. In her 2018 autobiography, "I was Lost, Found, and Freed," she wrote "My family became my learning field" as she embraced the tough lessons she learned from her parents, siblings, and two children. Her life motto was "Let Go Let God," and her passion for youth development led her to create a brand called "Tree of Life 101," where she published three books, created "Dare to Dream" workshops, and wrote two family books. She also partnered with Willie Haywood in presenting these workshops to Cincinnati Children's Hospital. Verneida found that writing was therapy and motivating for herself and others.

As a creative force, she also loved to travel, collect African and African American art, dance, and shop for new shoes! She saw fashion as art on a human canvas. As she grew older, she never lost her sense of adventure, and on her 75th birthday, she went skydiving. She had a huge circle of friends of all ages. She treasured her book club friendships,her fellow teachers and friends from Porter Junior High School," and the bonds she created with the women who served on her Annual King Legacy Awards Breakfast. She and her "sister-friends" Deborah and Ossie often traveled to the Bahamas. She also traveled across the country and across the Atlantic to her ancestral home in Senegal, West Africa. Over the years, she has been honored with numerous community and school awards, but the Dada Rafiki celebration of 30-women stood out (Dada Rafiki means sister-friend in Kiswahili). In 2017, she wrote to Annie Ruth, the creative force behind the event: "I don't know how to thank you for giving each of us such an outstanding DaDa Rifiki moment, an Honor that I know has become etched; into MY heart and soul forever."

God allowed Verneida to live a whole and enjoyable life! In the final months, she often told her family and friends, "I've done everything that I dreamed about doing. It's been a good life." It was a life guided by the wisdom of Psalm 23, which opens with "The Lord is my shepherd, I shall not want" and the Serenity Prayer, which opens with "God grant me the serenity To accept the things I cannot change; Courage to change the things I can; And wisdom to know the difference." It was a brilliant life of lessons, joy, sorrow, and journeys.