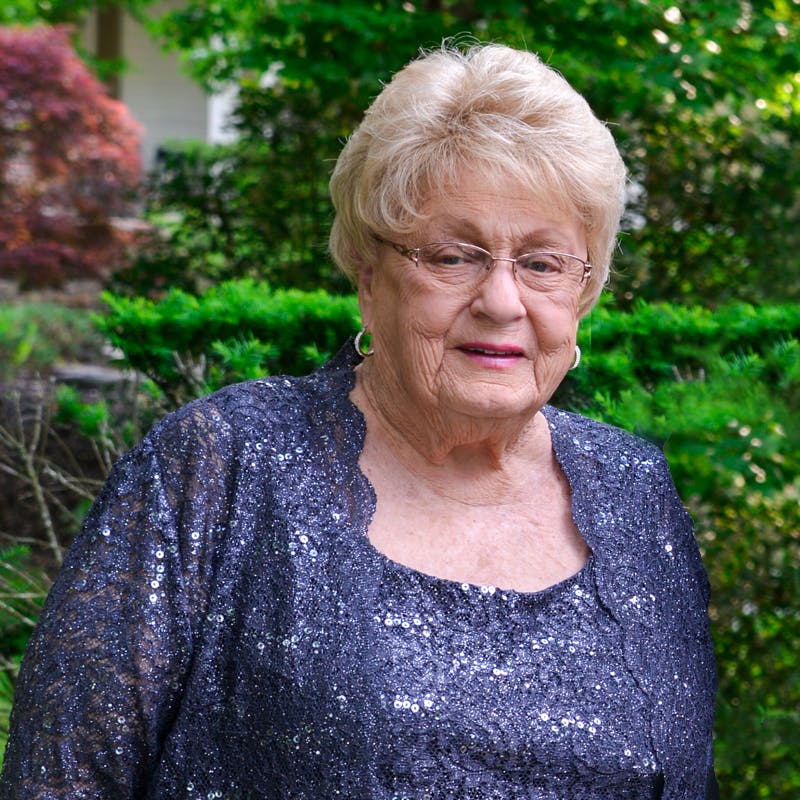 Shirley Mae Franke, loving wife, mother and grandmother passed away peacefully September 16 at Hospice of Cincinnati. She was born in Cincinnati on June 29, 1934, the daughter of the late Charles and Susan (nee Hofmeyer) Herman.

Originally from Hartwell, the family moved to Greenhills then later settled in St. Bernard when her beloved father started working as a train engineer manning the caboose for B&O Railroads delivering raw materials for the Ivory soap factory. Shirley attended St. Clement grade school then graduated from Our Lady of Angels high school (now Roger Bacon) where she twirled baton alongside the marching band. She built and maintained strong friendships with her schoolmates throughout her entire life, some for over an incredible 80 years.

Before getting married, Shirley worked for General Electric as a travel agent for the executive team which sparked her love of travel. As the kids grew, she worked as a drug store cashier, a clerk for the IRS, then later in life worked in the ticket office for the Cincinnati Reds alongside the notorious team owner Marge Schott.

Shirley devoted her life to raising and loving her family and her many, many friends. She also absolutely loved traveling with her two sisters and sassy mother. She often reminisced about her travels to Hawaii and never visited a beach she didn't enjoy. She could often be found bopping to Hawaiian and Caribbean island music as well as classic Elvis tunes, with a dash of big band and marching band music for good measure. Most weekends in the summer were spent with family and friends at our "Beach House" on the Ohio River where she enjoyed gardening, boating and just enjoying life.

With her quick wit and sharp sense of humor, she brought a smile to all who crossed her path. Shirley will forever be loved and missed by her family and many friends.

Services will be held on Saturday, September 24 at Spring Grove Funeral Home (4389 Spring Grove Ave.) where family and friends will be received from 9:30 AM until the service at 10:30 AM. A reception will be held at Wiedemann's Brewery in St. Bernard from 12:00 PM until 2:00 PM where we will share memories and raise a glass to toast our dear mother and friend.

In lieu of flowers, memorial contributions in her honor may be made to Matthew 25 Ministries to provide relief to flood victims.  www.springgrove.org