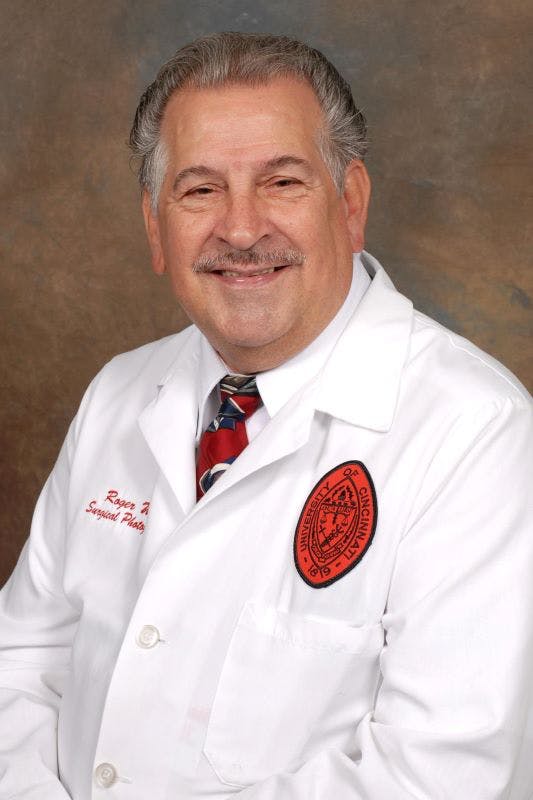 Roger C. West of Cincinnati, OH peacefully passed away on January 10, 2021 at the age of 80. Born in Irvine, KY, he was the son of the late Chester A. West and Cecil Woolery-West.

A talented musician, photographer, historian and loving father - Roger's infectious smile and kind heart made him a friend to all and one greatly missed. With a profound love of music, Roger was a member of many musical vocal groups throughout the years including the well-known doo-wop group, The Casinos. His professional singing career was interrupted by his service in the US Army from 1963-1965 in Vietnam as a Radio Operator in charge of Medivacs. Roger's career at UC began in the Burn Unit, where he worked for four years before transferring to the Burn Research unit in the Department of Surgery. When the department photographer decided to retire, he took on the role of Surgical Photographer where he photographed hundreds of surgical procedures, meetings and social events and even became the appointed historian for the department until his retirement in 2017. A dedicated employee at UC for 50 years, Roger was honored in 2013 at Grand Rounds when the Roger C. West Archive Room was established in the Surgical Amphitheater.

Beloved husband of the late Linda West, he is survived by his sons Jordan and Christopher West. Due to the pandemic, services will be held and announced by the family at a later date. In lieu of flowers, donations may be made in Roger C. West’s honor to the Mont Reid Surgical Society in care of UC Department of Surgery: 231 Albert Sabin Way, ML 0558, Cincinnati, OH, 45267-0558.