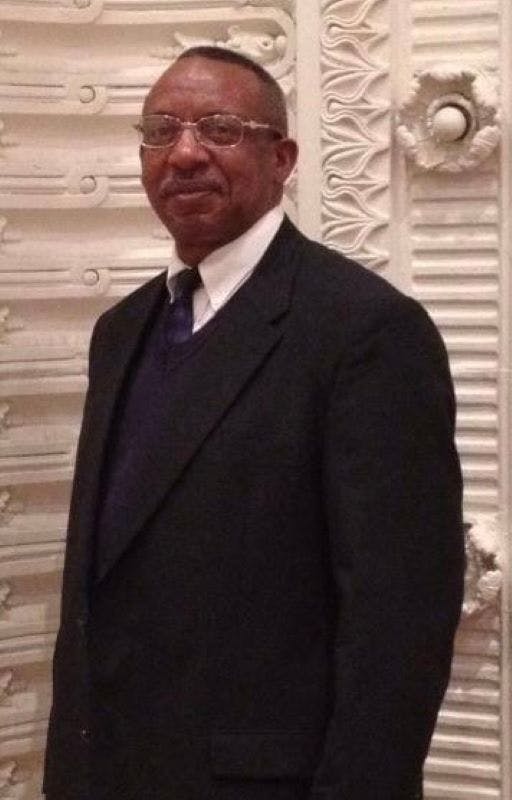 Roderick “Ronnie” Hinton was the second born child of William Ira and Hazel (Sanders) Hinton born on November 3, 1953 in Cincinnati, Ohio. His eldest sibling is his brother, William Earl Hinton, Sr., and he was followed by his two sisters, Francine Hinton Coburn and Betty M. Ware (Alvin).

Roderick accepted Christ at an early age and later joined Ebenezer Second Baptist Church where he became a member of the choir.

He was educated in the Lincoln Heights Independent School District and graduated from Princeton High School in 1971 after it consolidated with Lincoln Heights. Upon graduation, he began working with his uncle James Pugh at Superior Chevrolet. Later, he gained employment at Phillip Carey and General Electric which he retired from after 23 years of service.

Roderick was united in Holy Matrimony to Vernetta Sims on August 22, 2015.

Prior to their union he had 5 sons, ShaRaunn R. and Roderick D. Hinton and  Courtney Edwards of Cincinnati, Ohio. RaKeem Hinton of Columbus, Ohio and Wesley Edwards of Jacksonville, Florida. From his sons he was blessed with 12 grandchildren and 2 great-grandchildren. Upon his union, he gained a mother, Mellow Bennett and a daughter Nichole R. Sims-Jackson who adored him dearly.

“Push Rod”, as he was also affectionately known as on the CB radio, lived a fulfilling life as a brother, father, husband, and friend. He was so proud of having built true friendships from his early childhood that lasted a lifetime. Vincent Rivers, also referred to as his brother, Jackie Stafford, a very special cousin, and Kenneth Garcia stand out among them. In his spare time, Ronnie enjoyed playing chess, watching football, and going to dinner with his sons. He also engaged in basketball, fishing, motorcycle riding, and telling corny jokes. In addition, he was an avid volunteer at the Catholic Men’s Shelter which is where he reunited with his high school classmate, Vernetta, who later became his wife.

He was preceded in death by his parents. He is survived by his wife, 5 sons, a daughter, 12 grandchildren, 2 great-grandchildren, a brother, 2 sisters, and his mother-in-law, as well as a host of nieces, nephews, other relatives and friends. His love and legacy will continue to live on in the hearts and minds of all those who were blessed to know him.

Inside Right of the Program

Program of Service (Heading & Officiant Centered on Program - All else: 3 Left Justified Columns)

Song Selection “We Shall Behold Him” Sandi Patty

Back of the Program

The family wishes to acknowledge with deep appreciation the many expressions of love, concern, and kindness shown to them during their hour of bereavement. May God Bless and keep you!