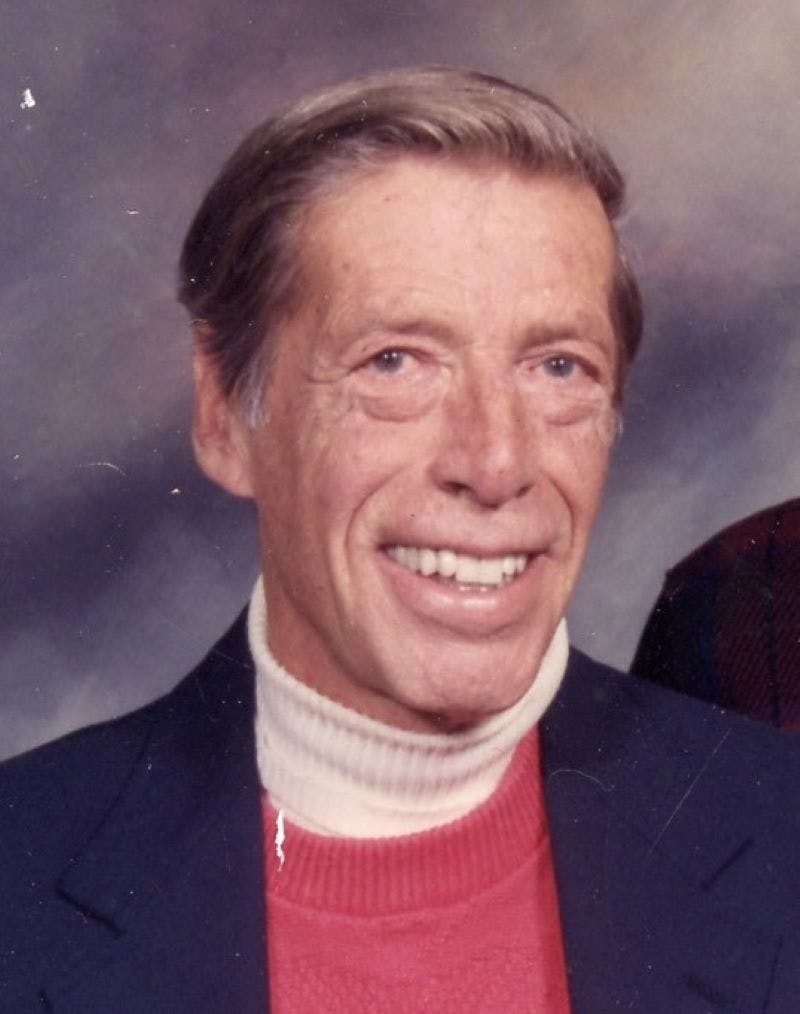 Many people would tell you that Richard "Dick" Matracia was a people person. Everyone he worked with, danced with, lived next door to, and many others, would agree!

Dick and Janet Matracia were married for 64 years. They had three children; Jeff, Jenny, and Todd Matracia. The best family times were birthday parties and holiday dinners. Christmas was always spent at home with everyone. Neighbors were very special to him throughout the years.

Dick Matracia was a dog lover. He had various pets while growing up, especially dogs. The Matracia household always had more than one pet. His last dog, Jake, was especially close to Dick.

Dick Matracia always loved horses. As a child, he rode one barebacked. He loved thoroughbred horse racing, and followed the Triple Crown races closely. While a student at the University of Kentucky, he skipped his classes on Tuesday, November 4, 1947 to attend the funeral of Man o' War.

For nearly thirty years, one of Dick's greatest loves was to be a member of the cast of the Angels' Follies, an annual variety show presented at Guardian Angels Church in Mt. Washington. Dick was an outstanding dancer from his early days with Janet. Some of the Follies' costumes were outrageous! Even his daughter, Jenny, joined in for a couple of years as a member of the Follies' family.

He was preceded in death by his parents, Joseph and Viola Matracia , his wife, Janet, and his son, Jeffrey. He is survived by his daughter, Jenifer (Benny), of Williamstown, Kentucky, and by his son Richard Todd, of Cincinnati. Visitation will take place on Monday, June 14, 2021 from 12pm until the time of service at 2pm at Spring Grove Funeral Home.