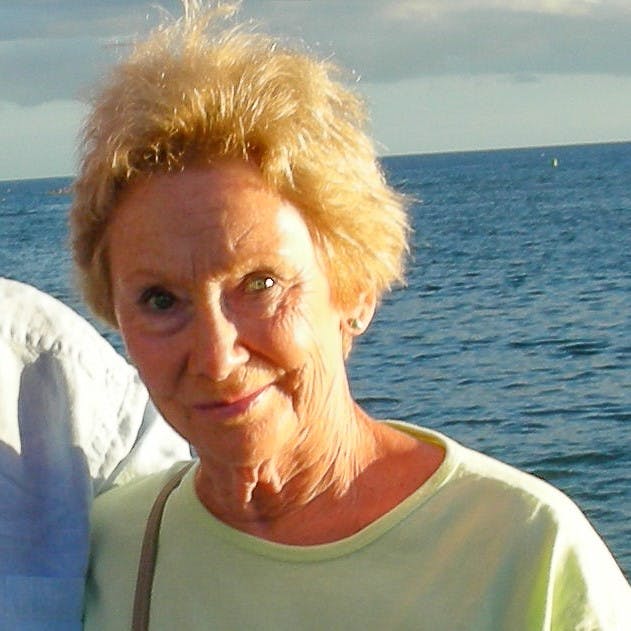 Mary Ann MacLeod, 95, of Cincinnati, Ohio, passed away peacefully on the morning of December 26th in the long term care facility at Maple Knoll Village. She was an exceptionally kind person who was devoted throughout her life to the happiness of others.

Mary Ann was born in Columbia, Missouri in 1925 to Walter and Maggie Bell Ritchie. Her father taught chemistry at the University of Missouri and the family moved to Amherst, Massachusetts in 1934 when her father accepted a faculty position at the University of Massachusetts. After graduating from Amherst High School, Mary Ann went on to attend Mount Holyoke College in South Hadley, Massachusetts, from which she graduated with a degree in chemistry in 1947.

Later that year, Mary Ann married John (“Jack”) Deady, also from Amherst, Massachusetts, who had a long career in public education. Over the course of their marriage, Mary Ann and Jack lived in New York, Connecticut, Massachusetts, and Maine and had three children together.

Jack Deady passed away in early 2014 at age 90. Later that year Mary Ann reconnected with John MacLeod of Cincinnati, who was also originally from Amherst and who had dated Mary Ann before entering the army at the beginning of World War II. Mary Ann and John discovered that 70 years had not dimmed their affection for each other, and they were married in 2015, at which time Mary Ann relocated to Cincinnati from Maine.

Throughout her life Mary Ann was actively involved with Mount Holyoke College. She served as President of the Class of 1947 for many years and in 1997 was awarded the college’s Medal of Honor for outstanding leadership and service to the college.

A small family memorial service will be held in Cincinnati in the near future and Mary Ann will be buried in Amherst, Massachusetts some time in 2021.