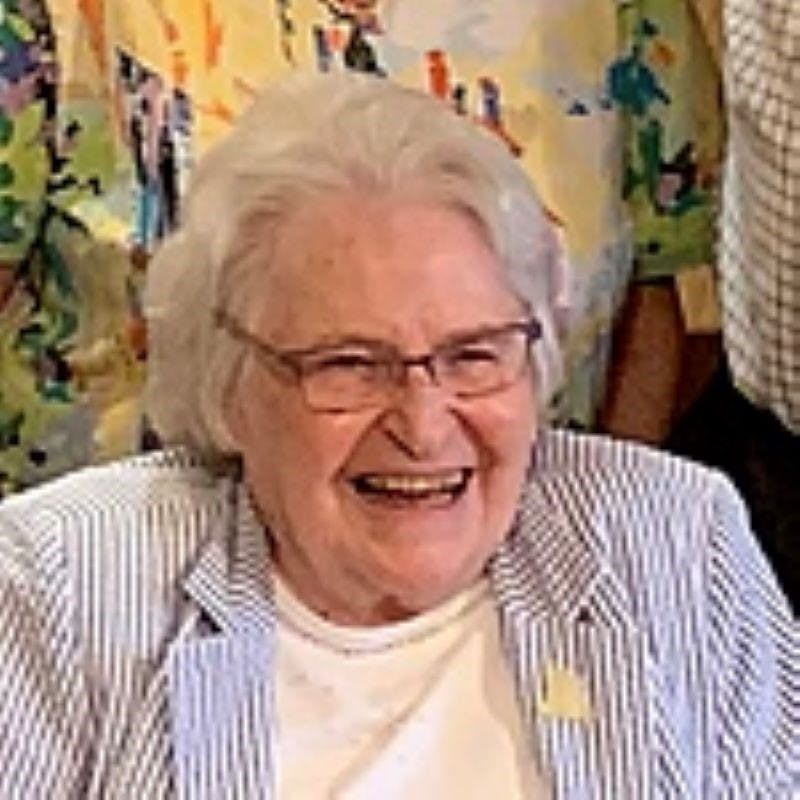 After graduating from Orleans High School, she went to Purdue University where she became a certified Medical Technologist and met the love of her life,  Robert Lutz (Bob) who had just finished serving as a pilot in the US Army Air Force in Europe during WW II.  They were married on November 28, 1948 and began their family which included two children,  John Lutz and Beth Lutz Storer.  They then adopted another daughter, Grace Whitton Davenport, to extend their family.

Living most of her life and raising her family, Martha called Cincinnati (Greenhills) her home.

In her 50's she went back to college and obtained a Bachelors' of Science Degree at the University of Cincinnati with a major in Public Health.  In the 1980's she joined her husband, Bob in his Buckeye Saw business until her retirement.

She and Bob loved to travel.  In the early years they traveled throughout continental United States.  In their later years they traveled to Hawaii, Alaska, Europe and South America.  It was the favorite thing for Martha to talk about their trips with other fellow travel lovers.

A memorial Mass of Christian Burial will be held at Our Lady of the Rosary Catholic Church  (17 Farragut Rd, Cincinnati, OH 45218) in Greenhills, Ohio on Saturday, May 22, 2021 beginning at 11 am.

In lieu of flowers, donations may be made to Our Lady of the Rosary Church  https://olr1.weshareonline.org/ or to the Ohio Living Hospice   https://www.ohioliving.org/foundation/donate .