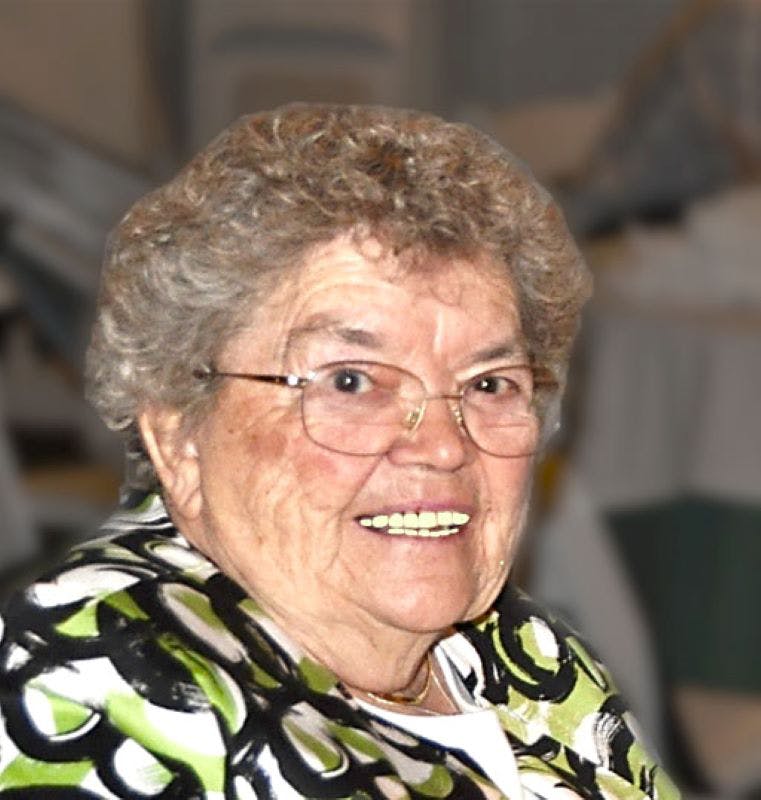 Margaret (Peggy Maish) Jenkinson, 98, Cincinnati, OH, formerly of Greensburg, passed away on September 15, 2021. She was born on May 24, 1923 in Cincinnati, OH, the daughter of Kathryn and Harold Maish.

Peg was a graduate of Hughes High School and the University of Cincinnati where she was a member of Phi Beta Kappa and Mortar Board. In 1945-46 Peg joined the Waves of the US Navy where she was a hospital corpsman First Class.

On December 27, 1948, Peg married Richard M. Miller. He preceded her in death in 1981. While in Greensburg she worked at the Decatur County Courthouse and retired from Fifth Third Bank. She was a member of Tri Kappa, PEO Sisterhood, and former member of the Greensburg Presbyterian Church. On June 26, 1993, she married the late Stanley N. Jenkinson and the two eventually moved back to their roots in Cincinnati.  She was a member of the Northminster Presbyterian Church and resided at Maple Knoll Village.

Graveside services will be held on Tuesday, September 28, 2021 at 11 AM at South Park Cemetery, Greensburg, Indiana with Pastor Dawn L. Barnes officiating.  Memorial contributions may be made to Greensburg Community Bread of Life, Greensburg Presbyterian Church, or the Salvation Army of Cincinnati.