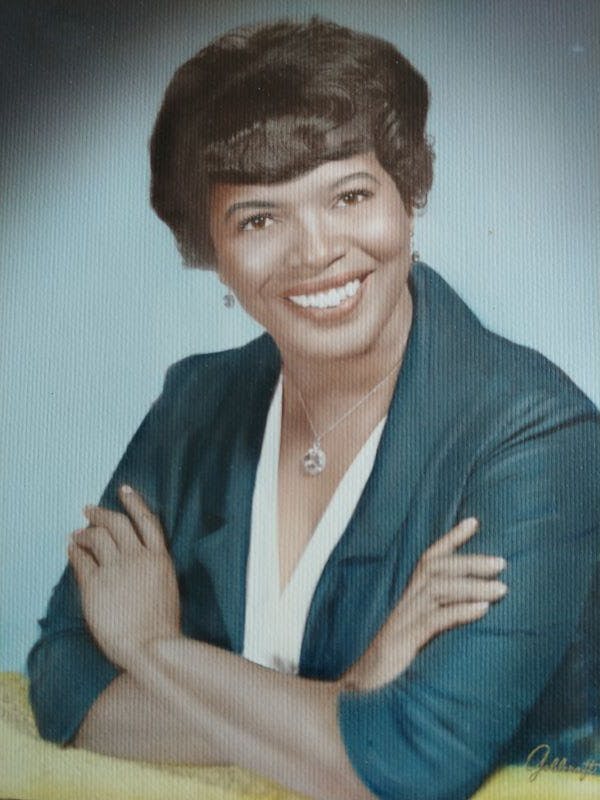 A beautiful spirit has gone on to be with the Lord. The loving and kind person that we loved so much has passed leaving a vacant space in our hearts.

Lula Mae Robinson was born on September 23rd 1929 to Willie Moore, Sr. and Mary Jane Moore in Orrville, Alabama. She attended public school in Orrville before later relocating to Cincinnati, Ohio. She later met and married her husband, Ashley Robinson, Jr after her relocation to Ohio. They were the loving parents of 3 children; 1 daughter (Garnet) and 2 sons (Jesse and Horace).

Lula was employed by Children's Hospital for many years before an injury to her back led to her abrupt retirement. She dedicated her life to living the way God intended us all to live, with love. She was a very loving wife, mother, grandmother, great-grandmother, sister, and friend. She was also one of THEE BEST cooks on the planet. There was not many things she could not make and people who may have only met her once, remember her food. From her homemade BBQ sauce to her cobblers, Lula Mae Robinson could throw down in the kitchen. Her love was put into every meal and she would feed anyone who came to her house. She never met a stranger in her life.

Lula made her transition to be with God on June 2nd, 2022. She was preceded by her parents and 1 brother, Clifford.

Lula leaves to cherish her unforgettable memories her 3 children; Garnet, Jesse (Conchita), and Horace (Trina), 2 brothers; Jeff (Annetta) and Willie, Jr. (Renee), 2 sister-in-laws Francis (Clarence) and Myrtle, and 10 grandchildren. She was blessed to welcome her 14th great-grandchild, Curissa, exactly one month prior to death. She leaves a host of nieces, nephews, family members, and friends. Her joyful disposition, love, kindness, and desire to help those in need will be greatly missed.  www.springgrove.org