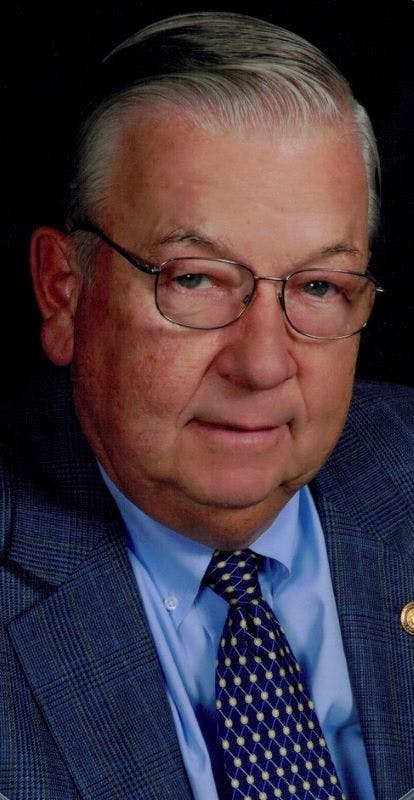 In 1961, he married the love of his life, Suzanne Ziegler. He affectionately called her Rosie as he thought she looked like Rosemary Clooney.  They had a wonderful 43 year marriage and demonstrated every day what marriage should look like.  Their devotion, love, and respect to each other was genuine and their house was always a place filled with love.

Lou was the fourth generation at the family butcher shop Louis Meats.  From a small store, he grew it to become a very successful and unique business.  Customers would drive from 100s of miles away to shop.  Uncle Lou as he was called by his customers was deeply intrenched in the African American Community.  If you shopped at the store, you knew when you walked in you would be treated like family.

He was a very active 30 year member of Western Hills Country Club and his devotion to golf became his passion after slowing down in business. Lou was a member of Westwood United Methodist Church and volunteered at My Neighbors Place food pantry.

A memorial service is scheduled for Saturday 2/20/2021 at 2:00 pm with a gathering of friends starting at 1:00 pm at Spring Grove Funeral Home.  Live streaming will be available at www.springgrove.org.   Covid -19 protocols will be followed.  Donations may be made to the Evans Scholars Foundation: 2501 Patriot Blvd, Glenview, IL 60026 or www.wgasf.org