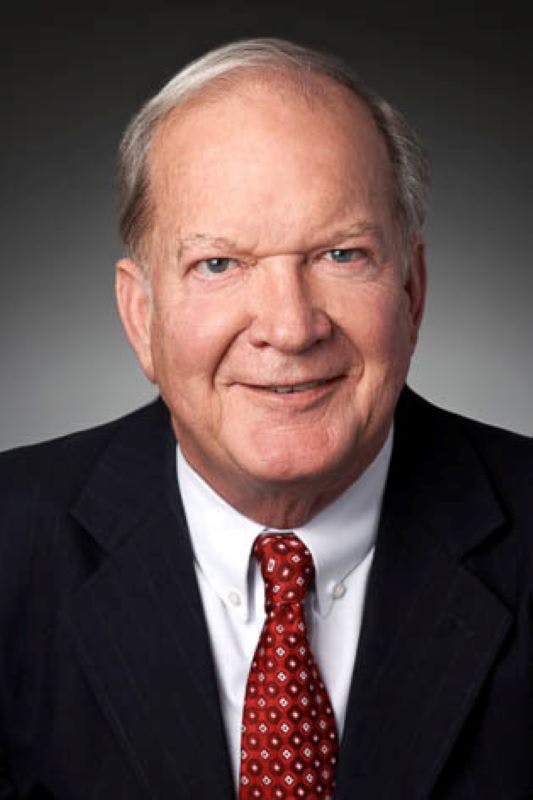 J. Neal Gardner died peacefully at his home on March 22, 2021 surrounded by his six children and two dogs. He will be remembered most for his devotion to family, amazing storytelling, remarkable intellect, wit, faith, kindness, and love for his children, grandchildren, and friends.

Neal attended St. Xavier High School (1962) and was recruited to play football for University of Notre Dame. He graduated from University of Notre Dame with a BS in Engineering (1966) and earned his JD from Georgetown University Law Center (1969). He practiced law in Cincinnati for 50 years, with a concentration in tax law as well as estate planning. He served as Partner at Keating, Muething & Klekamp. He previously worked at Brown & Gardner and Dinsmore & Shohl. Neal was a Certified Public Accountant and served as an Adjunct Professor at the University of Cincinnati College of Law.

He was married to the love of his life, Christine Eisenhardt Gardner (1946-1996), for 27 years, and widowed for the following 25 years. They moved to Pleasant Ridge in 1972 and bought an old farm house where they raised all six children and spent the rest of their lives. He lived for his children and his dogs, each vying to be his favorite. As his children grew and started families of their own, he remained a constant in their lives and spoke with each on a daily basis. He was a man of faith and routine, attending church daily at St. Louis Church downtown. He was a man of humility and would only speak of his many accomplishments in an effort to stop the incessant pestering of his children. He rarely encountered a house repair or yard work project that he'd be willing to hire someone else to complete. Finding a good deal was a daily sport that brought him endless satisfaction. He served in many community roles throughout his life including former Chair of the Hamilton County Law Library Board and Cincinnati Rowing Center, former Board member of JDF, and former President of Pleasant Ridge Community Council.

Neal lived life with an optimism grounded in realism and a steadfast faith. Those traits served him well as congestive heart failure presented numerous challenges that ultimately took his life too soon. He handled it all with grace and gifted his children with a beautiful final lesson on life.

Memorials can be made to J. Neal and Christine Gardner Law Endowment Fund at University of Cincinnati College of Law, 2624 Clifton Ave, Cincinnati, Ohio 45221.