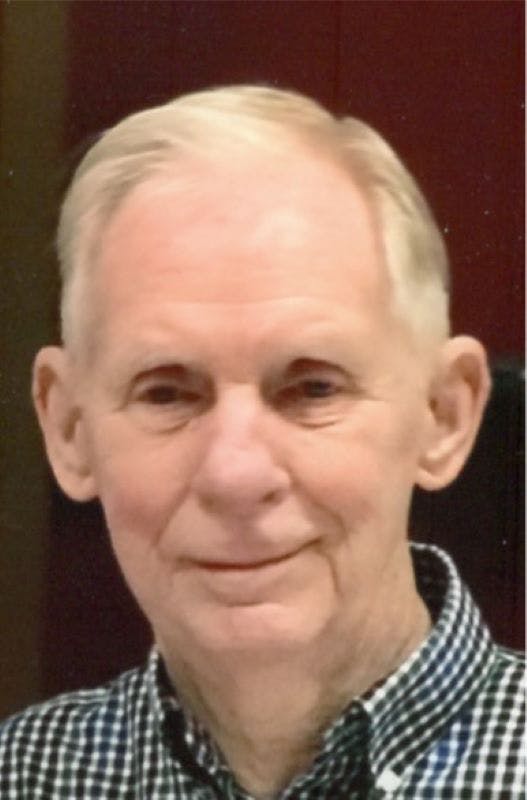 John "Jack" Scheuer passed away in Cincinnati, OH on April 3, 2021 at the age of 85. Born August 31, 1935 in Scranton, PA to Archibald and Mary Scheuer, he graduated from Scranton Central High School where he met Audrey, his wife of 63 years. He went on to earn a BS degree in Metallurgical Engineering from Lehigh University before relocating to Cincinnati to work for Procter & Gamble. Jack then served his country in the Army, stationed at Fort Knox, KY, before starting a lengthy career in the growing computer industry. He was the president and owner of Custom Software Co. for 30 years before retiring in 2006. Jack was an avid golfer his whole life, enjoying rounds and outings with family and friends as a member of Bel-Wood Country Club in Morrow, OH for 25 years. He also served as a committee chairman for the LPGA Tournaments and the PGA Seniors Golf Classics held in Mason, OH for several years. Jack became an accomplished racewalker in his 60s, completing the inaugural Flying Pig Marathon in Cincinnati and the Air Force Marathon in Wright-Patterson, as well as over 50 other races. Jack also competed in the Senior Olympics in 2000. Much of Jack and Audrey's 63 year marriage was spent golfing and playing bridge with good friends, and traveling to many countries. It was a life well lived. Preceded in death by his parents, he is survived by his loving wife of 63 years, Audrey Seifert Scheuer along with four children Julie (Tony) Owens, Mark (Shelly) Scheuer, Glenn (Linda) Scheuer, and Wendy Scheuer, all of Cincinnati. He is also survived by six grandchildren; Kaitlyn (Brandon) Sturgeon, Kelsey (Myles) Loeper, Chase Scheuer, Trey Scheuer, Madison Owens, and Sloane Scheuer, as well as four great-grandchildren. Due to COVID-19 restrictions, a service for immediate family will be held at Spring Grove Cemetery with a celebration of life to occur at a later date. In lieu of flowers, donations can be made in Jack's memory to the American Diabetes Association or the American Heart Association.