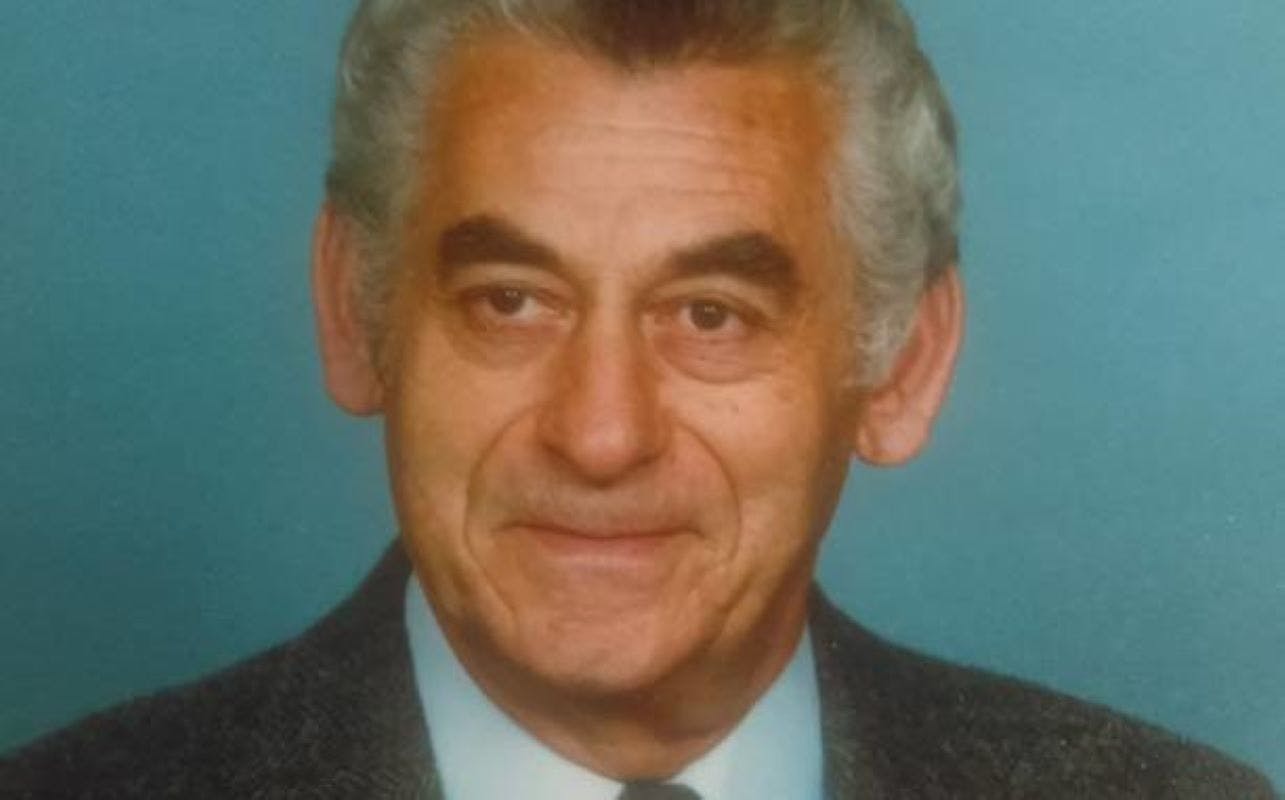 John Kambelos, of Maysville, departed this earthly life on March 24 for the eternal kingdom of our good, loving, and merciful Lord, at the age of 91 with his family at his side.

John is survived by his wife of 54 years, Erato; and his sons, Pete Dennis Kambelos, M.D. , and Stratos Hope Kambelos; along with two adoring granddaughters, Sophia Erato and Gabrielle Yanna. In addition, he is survived by his loving nieces and nephew Perry, Maria and Pete, who were like children of his own.

Mr. Kambelos was born in 1929 in the village of Mesagros, Greece, on the island of Mytilini and grew up impoverished during the Second World War, when Greece was under Nazi occupation. He served proudly in the Greek military and, as an industrious youth and adult, worked hard all his life until the age of 85, his retirement.

As the future looked bleak in post-World War II Europe, John emigrated to New York City in the early 1960s, where he lived for a short time. His sister, Demetra, and her husband Angelo Anastasiou had previously emigrated to Maysville and when he learned of her grave illness at the time, came to Maysville where he went to work with Angelo at The Tavern, a popular downtown eatery.

John returned to Greece to marry his wife and the couple returned to Maysville in 1966. The young couple struggled with culture shock and language barriers, yet through the love and support of so many Maysvillians, were welcomed and woven into the community fabric. John and Erato, side by side for many years, owned and operated another landmark downtown Maysville establishment, Delite's. There, they developed countless friendships and heartwarming relationships with young and old alike.

They were particularly fond of 'the breakfast club' and the school children that frequented their establishment and the fact that their customers always felt at home at the restaurant. Upon their retirement, well wishers from across the globe sent regards and 'thanks for the memories.'

John and Erato raised two boys, Pete and Strat, with the utmost devotion. For many years, regardless of weather, fatigue, and other obstacles, John drove his family to and from Sunday services at Holy Trinity-St. Nicholas Greek Orthodox Church, in Cincinnati. John's faith in God was unconditional and unparalleled and his love and respect for the Greek culture permeated his family's life and endures in his children and grandchildren. The family extends its most heartfelt appreciation to the staff and administration of Hospice of Hope for their care and attention during the later stages of his illness and to the many dear and loving friends that offered their support and encouragement.

In lieu of flowers, the family respectfully requests that memorials be made to the Holy Trinity-St. Nicholas Greek Orthodox Church or to Hospice of Hope.