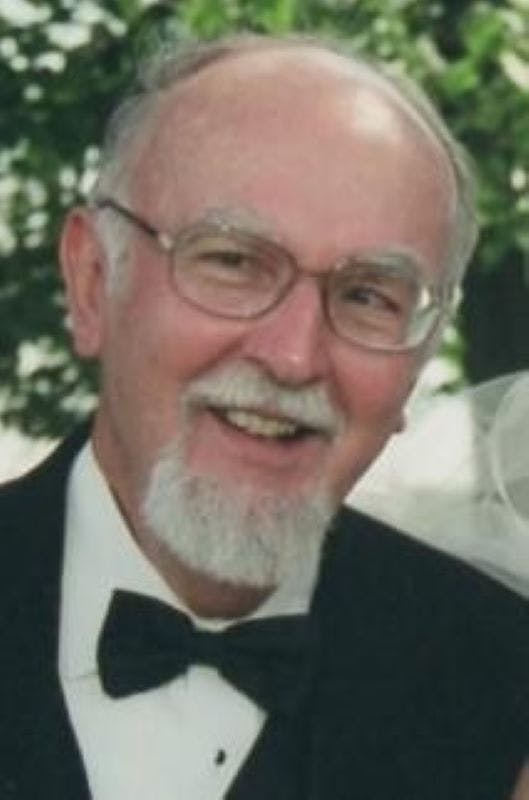 James ("Jim") Purcell Bruckmann (87 years) died peacefully on February 22, 2021, while holding the hand of his wife of almost 50 years Carolyn and his daughter's (Alice Louise) hand. He died from aspiration pneumonia associated with Parkinson's Disease at the Vitas Hospice on the fifth floor of Drake Hospital. He was only there three hours after being moved from Mercy Fairfield.

Jim was born on March 28, 1933 at Good Samaritan Hospital to the late William and Alice Bruckmann. He is the great-grandson of Johan ("John") Caspar Bruckmann, a German immigrant who founded Bruckmann Brewery. He loved Cincinnati and his German heritage. He enjoyed giving talks on brewery history and would often lead groups in singing Schnitzelbank (a German folk/beer drinking song). Besides brewery history he also gave talks entitled the Sad Sinister Side of Cincinnati and Cincinnati Entertainers as a Docent for the Cincinnati Heritage Program at the Cincinnati Museum Center.

Jim spent many years with Cincinnati Public School as a student, teacher, and assistant principal. He went to Clifton school and then later attended Walnut Hill High School. From there he went to the University of Cincinnati and graduated with a masters in education. Then he returned to Cincinnati Public Schools to teach history at Gamble Junior High and became assistant principal at Western Hills High School. While there he enjoyed facilitating sporting events and dances while connecting with and inspiring others. Before retirement he was assistant principal at Porter Junior High School. In retirement he still remained in contact with many colleagues and was president of the Hamilton County Retired Teachers.

He was a man who held to many traditions and enjoyed every holiday. He also enjoyed traveling, Disney, the Cincinnati Reds, and both University of Cincinnati football and basketball. He loved to play the piano and entertain others with reciting "Casey at the Bat" or an "Irish Ballad". These are some of the found memories his nine grandchildren (Bryson, Colleen, Kyle, and Evelyn Fitzgerald and Caitlyn, Elijah, Robbie, Samantha, Aurora Bruckmann) have of him. He always had a smile, hug, and special cookie from the bakery for them.

Jim was also a faithful servant of the Lord and an active member of the Episcopal church. He and his wife (Carolyn) attended St. Phillips Episcopal Church in Northside while raising his son, the late James "Jamie" Purcell Bruckmann Jr. (Carol Anne) and his daughter Alice Bruckmann Fitzgerald (Ken). He sang in the church choir and was a lay reader and senior warden. After raising their children and the closure of St. Phillip's, they joined Ascension and Holy Trinity Church in Wyoming.

Jim will be missed dearly by his family and friends but especially by his wife Carolyn of almost 50 years. They were married on July 5, 1971, and Jim would say he lost his independence after Independence Day. Even when Jim was in a nursing home they would talk every morning at 9 and say The Lord's Prayer every night at 9pm. Carolyn finds comfort in knowing he is in heaven with their late son Jamie.

Memorial donations can be made to the Cincinnati Zoo ( 3400 Vine Street Cincinnati, Ohio 45220) for their new elephant habitat or to Ascension & Holy Trinity Episcopal Church 334 Burns Ave. Wyoming, Ohio 45215.