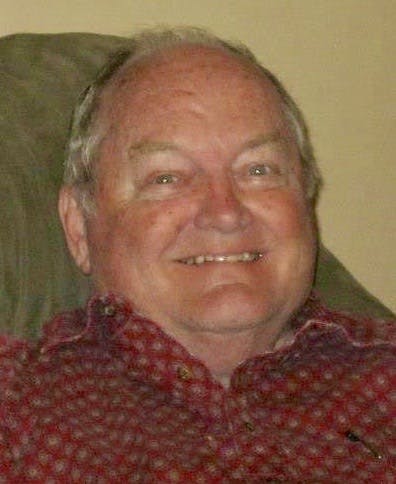 James Bennett Burger, 89 years of age, a resident of Pierce Township, Ohio, died Tuesday, November 16, 2021. Jim was born on December 5, 1931 in Frederick, Maryland, the son of William Leslie Burger and Grace Mercer Burger. He was raised with his 5 brothers and one sister and as a young man helped in the family grocery and delivered newspapers in various neighborhoods in Frederick. He was educated in local schools, graduating in 1950 from Frederick High School before matriculating at Columbia College in New York City. After graduating in 1954, Jim returned home to teach school for one year before being drafted into the United States Army. He served at Fort Bliss, Texas, and after his honorable discharge married Elizabeth Burke of El Paso, Texas, in 1956. He then began working for Proctor & Gamble in Baltimore, Maryland, later working in Dallas, Texas, and settling in Cincinnati, Ohio in 1967 and as he was working earned degrees from Johns Hopkins University in Baltimore and Southern Methodist University in University Park, near Dallas. For a time while working at P&G, he taught business classes at the University of Cincinnati. Jim enjoyed a 37-year career with P&G, serving in international distribution services and the traffic department, and traveled to many countries in the course of business, never failing to bring mementoes home to his family. A generous and loving person, Jim was devoted to his family and friends. Following the death of his first wife in 1993, he married Constance Fleet Molesworth, of Frederick, Maryland, in March 1998. Jim was a past member and president of Parents of Murdered Children, advising and consoling grieving parents, and also served as president of two home owners' associations, Royal Troon of Legendary Run in Pierce Township and San Marco Villas in Marco Island, Florida, where he wintered for many years. Jim was a member of the congregation of Hyde Park Community United Methodist Church for over 50 years, serving the congregation on many committees. He was an avid reader and collector, of books and of many other items of interest. He enjoyed searching for treasures at garage sales and helping at Marco Island's St. Mark's Episcopal Church Rummage Sale as a volunteer for many years, mostly in the book section. A member of the Marco Island Fishing Club, he loved to fish in the mangroves around Marco Island with his friends.  Jim especially enjoyed his decades of monthly poker games and weekly lunches with his P&G buddies. Jim was predeceased by his first wife, Elizabeth, to whom he was married for 37 years, and his daughter, Marsha, and by his parents and three of his brothers, W. Leslie, Robert, and Edward. He is survived by his sister Alice Niemeyer and his brothers Ronald and Jack and Jack's wife Brenda.  Jim is also survived by his wife of 25 years, Constance Fleet Burger, his daughter Lorrie Schuster and her husband Mike of Batavia, Ohio, and Lorrie's child Jessie Maloney and Jessie's 4 children and 3 grandchildren, and Lorrie's children Javier Meza and Anthony Meza, and Jim's daughter Debbie Abshire of Cincinnati and her child Dawn and Dawn's husband Kenny Johnson and Jim's stepsons John Molesworth and his partner Kelley Egolf of Woodstock, Maryland, and Adam Molesworth and his wife Michelle Jolicoeur of Farmingdale, Maine, and their children Laura and Renee.  Visitation will be held November 30th at 10:00 am followed by a Memorial Service at 11:00 at Hyde Park Community Methodist Church. For those not able to attend in person, Hyde Park Church will be providing livestreaming of the memorial service. Please follow this link: https://rebrand.ly/burger/memorial. Burial following the service will be at Mt. Moriah Cemetery.  The family would like to extend its gratitude to the staffs of Queen City Hospice and St. Theresa-Diversicare for the attentive care they provided Jim during his illness. In lieu of flowers, please consider making a donation to Queen City Hospice, The Hope Foundation at 4605 Duke Drive, Suite 220, Mason, OH 45040, to the National Kidney Foundation at www.kidney.org/donation, or to Hyde Park Community United Methodist Church at 1345 Grace Avenue, Cincinnati, OH 45208.