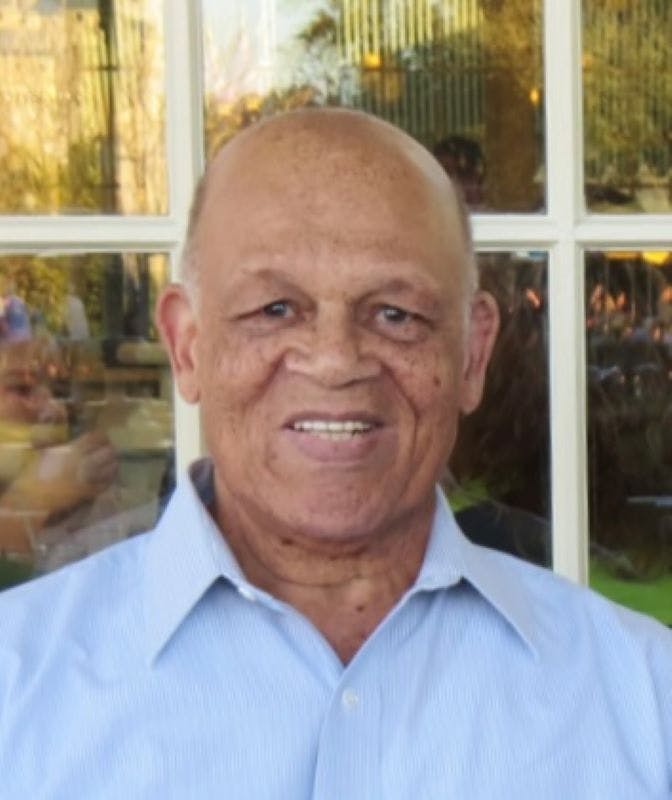 Gratien "Rico" Arnell was born to the late Gratien Emmanuel and Cecile Armantine in St. Maarten, Netherland Antilles. He passed from this life on August 1, 2022, at the age of 88.  Rico was a devoted husband to his wife, Casta Violeta, who preceded him in death. Rico served in the United States Air Force where he learned his trade as an aircraft mechanic. He had a career as an Aircraft Mechanic Supervisor for a large commercial airline and for an international courier service.

As the eldest of four, he took on the responsibility early in life of looking after his siblings on the island of St. Maarten. His protective nature and desire to care for his family carried over into his role as a husband and father. Rico was a man who worked hard all his life and would do anything for anybody. He was humble and lived a life of gratitude. Rico had a genuine desire to connect with people and he was impossible to forget with his boisterous laugh and charming ways. He was a friend to many including those he knew through bowling leagues and golf teams.

Rico's son Jose Alberto and his brother Nicholas also preceded him in death. He is survived by his daughters, Casta, Rosa, Arlene (Kevin) and Laura and his siblings Fabien, Armelle and Cassie.  Rico was blessed with many grandchildren and great grandchildren and was loved by his extended family throughout the US and in Santo Domingo, St. Maarten, and Aruba. A celebration of life will be held at Spring Grove Funeral Homes 4389 Spring Grove Ave. Cincinnati, Ohio 45223 on Saturday, August 6, 2022, at 10:00 am.  www.springgrove.org