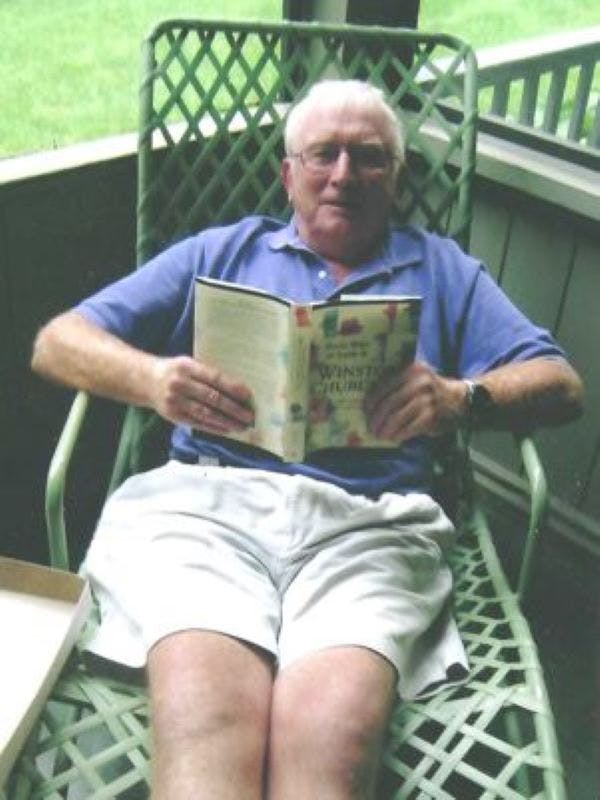 Dr. George Melancthon Callard was born December 20, 1933, to Henry and Clarissa J. Callard in Hartford, Connecticut. He died on November 19, 2022, at 88 years of age in Cincinnati, Ohio. He is survived by his loving wife of 61 years, Linda, and five children and their families. Henry Paul Callard, Karen Bidlingmeyer Callard and their daughters, Lucy and Dottie; George Damron Callard, Laura Tatham Callard and their daughters, Lydia and Mary Claire; David Melancthon Callard and his son, George; William Samuel Callard, Margaret Schultz Callard and their daughters, Courtney and Christina; Susan Callard Conner, Steven Oren Conner and their children, Clarissa, Oren and Elizabeth. He is preceded in death by his precious son, Thomas Cooley. George spent his early years in the Northeast as his father followed a career in education before settling in Baltimore where he attended the Gilman School before attending Princeton University, graduating in 1956. Following a long-held desire, he pursued his passion for medicine at Johns Hopkins University School of Medicine from which he graduated an Alpha Omega Alpha honoree in 1960. It was at Hopkins that he met a young nurse from Ohio, to whom he was married in 1961. He remained at Johns Hopkins, training to be a surgeon. His training was briefly interrupted for two years as he served his country as a Surgeon in the U.S. Public Health Service. Following his service, he returned to Johns Hopkins for an additional year before joining a cardiovascular and thoracic surgery residency program at the University of Virginia, completing his training in 1968. George and Linda took their young family to Miami, Florida where George practiced cardiovascular and thoracic surgery at Jackson Memorial Hospital. Despite the pleasure of warm weather, George and Linda wanted to raise their family closer to loved ones and familiar territory. In 1972, George and his family moved to Cincinnati, Ohio to join Dr. John Flege at The Christ Hospital, where they - along with their colleagues - developed a world class heart surgery program. He practiced until 1993 and served as the Chairman of the Department of Cardiac Surgery for six years until fully retiring in 1997. Noted for his technically proficient and efficient surgical skill, as well as his gentle and unflappable manner, he deeply enjoyed his work, but reflecting his profound modesty, he never spoke of the life-saving care he provided to so many. During his career he helped to establish a cardiac surgery program at St. Elizabeth Hospital and the cardiac transplant program at the University of Cincinnati Medical Center, including participating as a member of the team that in 1985 performed the first adult heart transplant in the Cincinnati area. He served as a Professor of Clinical Surgery at the UC Medical Center where he helped to train many young surgeons. But, George's life was filled with much more than his medical practice. He gave his talent and time to Christ Church Cathedral in Cincinnati, serving many years on the Vestry as Senior Warden; he was a member of the Board of Trustees of The Seven Hills School in Cincinnati and Cincinnati Country Day School. He was an avid pilot having started flying in 1982, and would sometimes wander off to a nearby airfield to spend a couple of hours flying alone in his plane. During retirement, his always inquisitive mind became even more evident as he enrolled in classes at the University of Cincinnati, studying various subjects such as astrology and cosmology; he studied celestial navigation obtaining certification in that ancient means of travel; he read biographies and history voraciously; and he and his wife traveled extensively (although not by reference to the stars). While Cincinnati was his one true home, he enjoyed winters in Florida and summers in Maine and Grand Manan Island in New Brunswick, Canada. However, his greatest joy was his family. He derived immense pleasure - even in his last days - from the experiences and accomplishments of his children and grandchildren, attending countless sporting events over many decades, celebrating numerous graduations, birthdays and other family events, hosting large family Thanksgiving gatherings, and most notably relishing the young lives of his grandchildren. A memorial service will be held at a later date. Memorials may be sent to the George M. Callard, M.D. Scholarship at Christ College of Nursing and Health Services in care of The Christ Hospital Foundation, 2139 Auburn Avenue, Cincinnati, Ohio 45219 or online at https://www.thechristhospital.com/about-the-network/foundation/donate-online.  www.springgrove.org