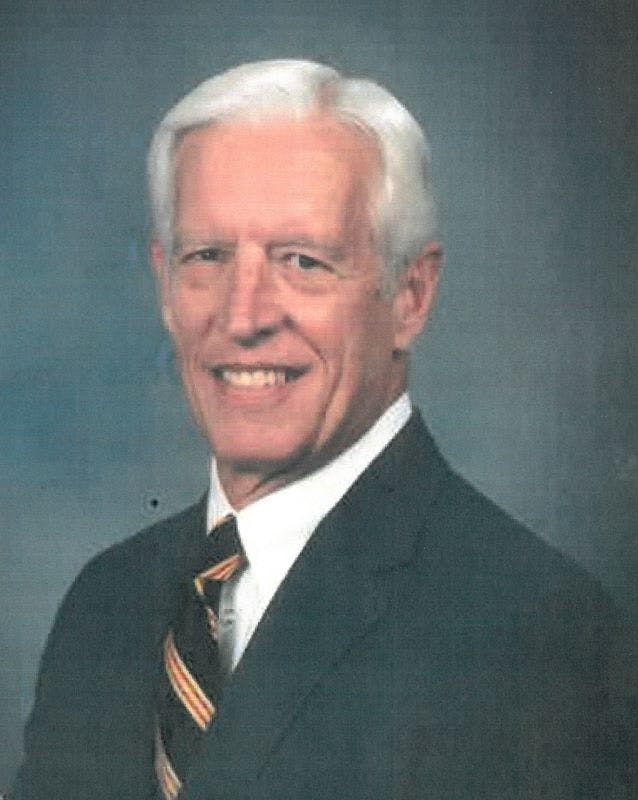 Cincinnati- Frederick G Koehler age 93, passed away peacefully in his sleep at his residence at The Kenwood.  Born March 8, 1928 to the late George and Marie Koehler.  His wife Joyce preceded him in death as did his brother Bill Koehler.  Freddy (as Joyce called him) and Joyce were married for 69 years.

He was a graduate of Howe Military Academy and the University of Cincinnati.  Upon completion of the ROTC training at U.C., he served as a Captain in the Air Force for nine years.  During that time he did a tour of duty in Nagoya, Japan during the Korean conflict.

Fred and Joyce were huge supporters of the basketball and football programs at the University of Cincinnati.  He was a Life Member of the Herman Schneider Society, the U.C. Alumni Association, the George Smith Society and the UCATS.  He was also awarded the Black Blazer and inducted into the Legion of Excellence.  While attending school, he was a member of Phi Delta Theta and Alpha Psi fraternities.  He and Joyce met while attending school there.

He was also a life member of the Torii Masonic Lodge #6 in Nagoya, Japan, a 32nd Degree Mason of the Scottish Rite in Tokyo, Japan and the Syrian Temple Shrine in Cincinnati.  Fred and Joyce were both members of Armstrong United Methodist Church.  Fred was also a long- time member of the City Club of Cincinnati, formerly known as Gyro.

In his professional life, he co-founded Koehler- Borden and Associates, a manufacturers representative firm for commercial food service equipment.

He served for many years on the Northern Michigan Regional Hospital Foundation Board in Petoskey, Michigan, and was the President of the Walloon Lake Association.

After retirement, he and Joyce traveled extensively around the world.  However, his fondest times were at their cottage on Walloon Lake.  Their family would descend upon them every summer and most winters, for water skiing, snow skiing and all things 'Michigan'.  He loved his old wood Chris Craft boats and his pontoon boat, and was always taking people for rides.  Fred was a true gentleman and a good- natured father figure to his large family.  His word was his bond and he only asked for your handshake to close a deal.

His friends, both new and old, as well as the staff at The Kenwood made the last few years of his life both comfortable and enjoyable.  The family will remember you forever for your kindness.

In lieu of flowers, please consider a donation to The Salvation Army of Cincinnati Camp SWONEKY.  Services will be held privately by the immediate family.