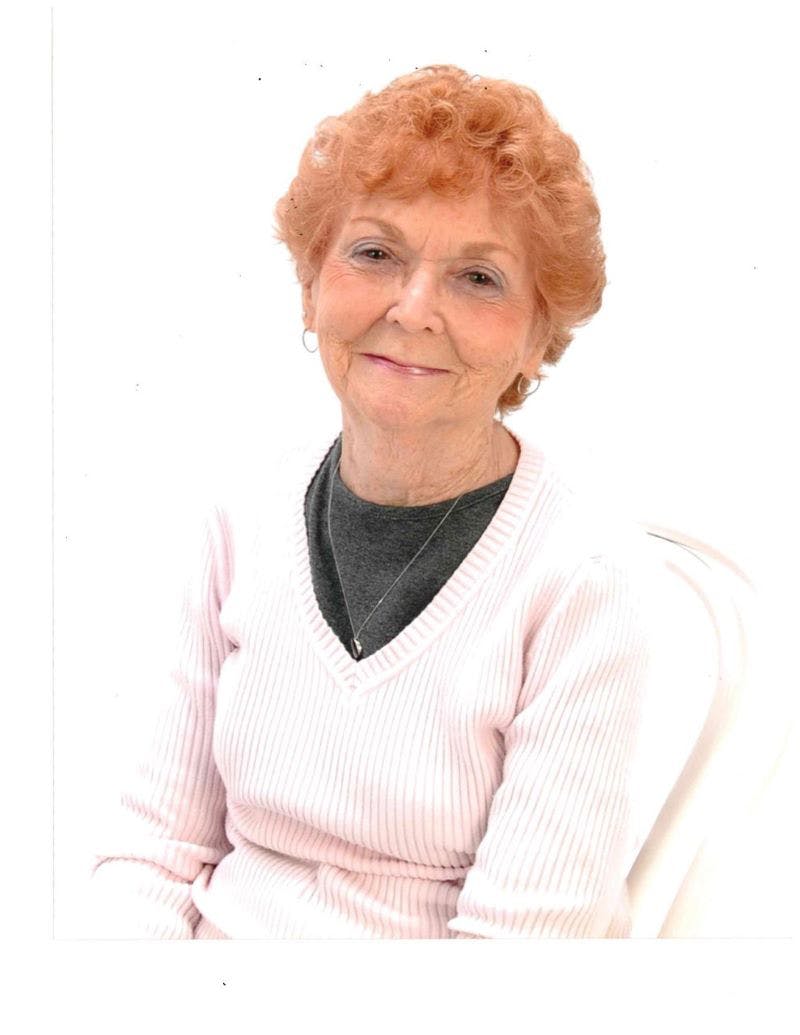 Eunice J. (Simpson) Grathwohl, Age 86, of Cincinnati, OH, was born to James & Alice Simpson on October 17, 1934 at Lebanon Hospital, Lebanon, Ohio. She passed on February 12, 2021 at UC Health West Chester Hospital, West Chester, Ohio. Eunice was the youngest of her 2 siblings, Robert Simpson & Janet Craft. She graduated from Withrow High School and began her working career at the Rueben H. Donnelly Co. in the accounting office in downtown Cincinnati. Residing on the east side of Cincinnati in Hyde Park (and not a driver herself) she rode with her father Jim in the family car to and from work every day. Eunice met her future husband (Earl) one day by chance while waiting for a bus in front of the Albee Theater in downtown Cinti. After starting a family of two, she went back to work in the downtown retail area. Eunice worked for many years at Mabley & Carew - 5th and Vine but eventually moved to the Western Hills Plaza store which then became Elder-Beerman. After 20 plus years in retail she was given the opportunity to change careers and accepted a position to work for the Hamilton County Adult Probation Dept as a receptionist. She loved her new career and all the people she worked with. She rode a bus to and from work every day and made many riding friends in the years she worked downtown. Eunice ended up retiring in 2006 but her life did not stop!! After retirement she assisted her daughter with her then 3 yr. old grandson Logan Rylee Cox, who was born with Down Syndrome. Eunice enjoyed lunch outings with her many friends from the probation dept. and the company of a childhood friend Dick Ernst, whom she grew up with in Hyde Park. He made sure she got out for a lunch or attend the Withrow High School Alumni lunches. A friendship of eighty plus years!!! Eunice just simply enjoyed spending time with her family and friends and had a very strong love of her pets. Eunice chose to donate her body to the UC College of Medicine and will be interred at Spring Grove Cemetery, Cincinnati, Ohio. She was the beloved wife of Earl M. Grathwohl (deceased 1998), the devoted mother of Lynn Weiler Cox & Steven Grathwohl. Loving Grandmother of Leigh Anne Weiler Apke, Steve Apke, Ryan and Logan Cox, Sara Marie & Matthew Grathwohl. Great Grandmother to Courtney, Chandler & Caitlyn McGraw, Ethan, Jacob & Daniel Apke. Aunt to Cheryl Simpson, Kimberly (Capo)Craft and Brent Craft. Visitation/Celebration of Life, will be held on Sunday May 16th, 1:00-4:00 PM, Lunch provided, E.T. Carson Masonic Bldg., 218 Ludlow, Cincinnati, OH 45225. Remembrance Service 2:00PM! Moms favorite color was blue - Please wear something "blue"! In lieu of flowers, please consider donating to; Stepping Stones, 5650 Given Rd. Cinti., Oh. 45243 https://steppingstonesohio.org/memorials-and-tributes, The Scottish Rite Learning Centers for Dyslexia, 317 E. 5th St., Cinti, Oh 45202, or the Down Syndrome Association of Greater Cinti (DSAGC) 4623 Wesley Ave. Cinti., Oh. 45212 or a charity of your choice.