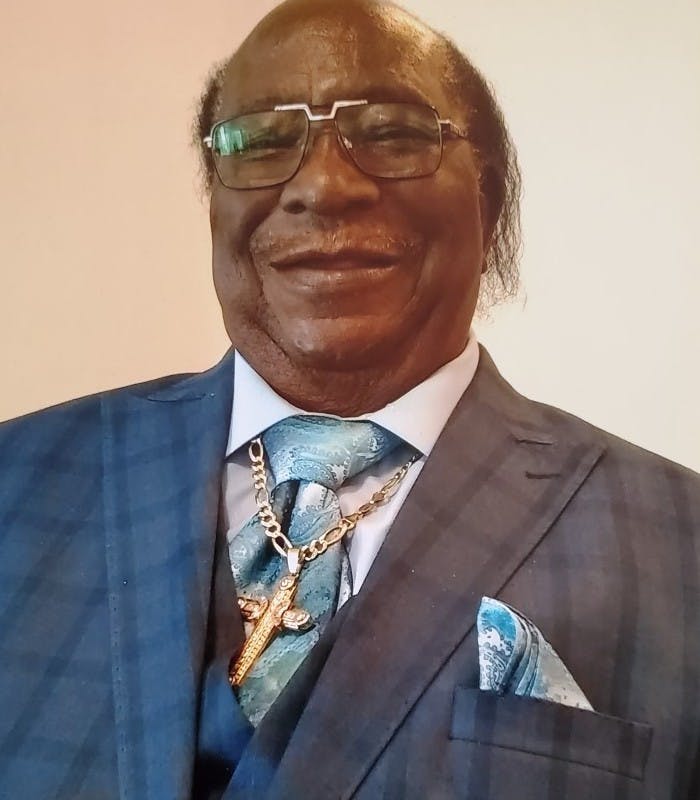 Elmer Richard O’Neal affectionately called (Richard) by his family, was born, June 22, 1929, in Clarksville, Tennessee. He was the second child born to Lewis O’Neal Sr. and Lillie Virgie Lisembee O’Neal. Richard was reared with four wonderful brothers and three loving sisters. He was preceded in death by his parents, his wife Helen, daughter, Patricia Harris, brother, Lewis O’Neal Jr., sisters, Georgia Bell Thomas and Mary M. Wyatt, and cousin, Ethel White ( raised as a sister). Elmer was educated in the Montgomery County school system in Clarksville, Tennessee. He started working at a very young age. The work mainly consisted of farming and cutting trees to raise a crop for the owner. He was paid the measly sum of $2.50 per day for this hard and tedious work. Elmer knew there had to be something better for him and his family and he was going to work hard to find it. He began to devise a plan that would get him and his family away from the unfair treatment of the landowner and get them out of Dotsonville, Tennessee. His plan was to continue to work hard and save his money. Every time he got paid, he would go to nearby, Clarksville, Tennessee, and give his wages to a family friend to save for him. One day, without telling anyone, he went and retrieved his savings and caught a train to Cincinnati, Ohio. Upon arriving in Cincinnati, he moved in with his Aunt. One day he was walking down the street near the Ohio River when a man asked if he wanted a job working on the Delta Queen Riverboat; he was hired that day. This same man worked for the University of Cincinnati and got Richard hired there also. Richard worked hard and was soon promoted to lead man on the job. While there he befriended a professor, Mr. Holmes, who had polio. Because of his ailment, the professor needed help getting in and out of his car, and Richard was hired to help him. No stranger to hard work, On Saturdays he would cut the grass at the Professor’s residence in Mt. Washington. Later he owned a janitorial business working late nights. Always at the forefront of his mind was his father’s statement: A man who doesn’t work doesn’t eat…. It was during this time that Elmer was blessed to meet a hardworking, church-going young lady named Lena Mae Crenshaw. They were married and to this union, they were blessed with six children. Patricia, Terry, Jerry, Herlena, Deborah, and Elmer, Jr. He bought a house for his wife and family and enjoyed dressing sharp and keeping a brand-new car. Elmer’s family back home had moved to Guthrie, Kentucky. His father Lewis became ill and Elmer knew it was time for them to move near him. He rented an apartment in Cincinnati for his family. He and his friend Dave Crenshaw drove to Guthrie and moved them all to Ohio. The family is in Cincinnati today because of the love of their brother. After years of living in Cincinnati, he decided to move to Detroit, Michigan. In Detroit he started his own Janitorial Business and worked at Farmer Jacks, until he was hired at General Motors. He enjoyed his work there and worked until he retired after 37 years. He was blessed by God to travel, take cruises and enjoy the finer things in life. He loved and enjoyed his final living place at Henry Ford Village. Later in life, Elmer married Helen (Hendricks) O’Neal, and the two were married until her death in 2017. Elmer was a member of the Cathedral of Faith Church in Detroit, Michigan until he became ill. The Lord is gracious and compassionate. He allowed Elmer, on his sickbed, to talk and say goodbye to all of his children and siblings. He didn’t leave this world until his daughter, Herlena, from Florida, made it to his bedside to say goodbye.