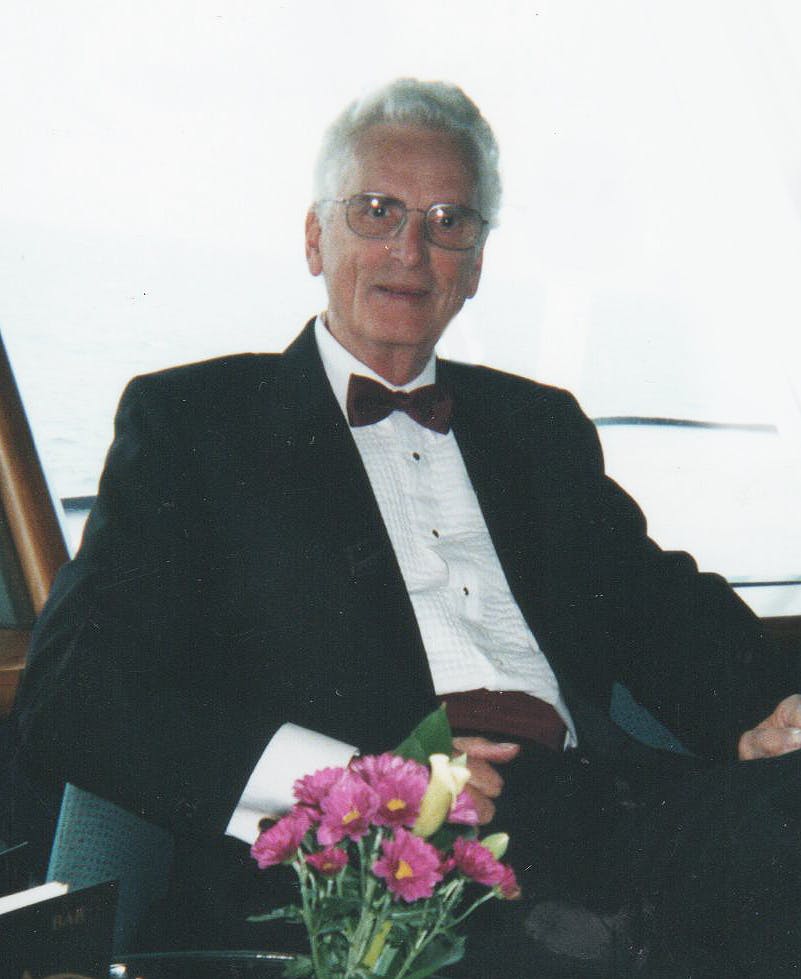 Edward (Ed) Francis Wilz, Sr., 93, passed away on November 7, 2020. Edward was a Cincinnati businessman, WWII Navy Veteran, husband, father, grandfather and great-grandfather. He was born in Bellevue, Kentucky on December 15, 1926, to Frank and Carrie Wilz. On December 14, 1944, Edward enlisted in the U.S. Navy. He served in Boca Chica, Florida and San Francisco, California, working in the personnel offices and in the Commander Western Sea Front Offices tracking boats traveling between San Francisco and Hawaii. After his discharge in June of 1946, Edward returned home to Bellevue, Kentucky. On October 6, 1951, Edward married Peggy Frey. They made their home in Monfort Heights, Ohio, where they raised their five children. Edward was a CPA and a professor of Accounting and Hospital Management at Xavier University for 40 years. He also served as the Vice President of Blue Cross of Southwest Ohio. In 1965, Edward started Sur-Seal Gasket & Packing Company, where he worked with family members until his retirement in 2003. He was preceded in death by his wife, Peggy Frey Wilz, his brothers, Albert Wilz and Paul Wilz, and his three sisters, Evelyn Schulte, Marcella Gartner and Sister Ruthann (Mildred Wilz). He was the beloved husband of Marcia Wilz since 2000. Together they travelled the world, bicycled, competed in bridge competitions, and volunteered with many organizations. Edward is survived by his five children whom he adored: Mary Adams, Edward F. Wilz, Jr., Mick Wilz (Jenny), Martin Wilz (Denise Savas) and Jim Wilz (Melissa). He also leaves behind ten grandchildren, Justin Whitener (Ann), Bridget Whitener, Sarah Negangard (Kevin), Livy Wilz Brier (Scott), Willy Wilz (Marci), Della Wilz, Ruby Wilz, Elias Wilz, Rachel Wilz and Graham Wilz, and six great-grandchildren. Ed enjoyed traveling, biking, and helping others. If Ed was not traveling or spending time in Madeira Beach, Florida, he could be found biking the trails of Miami Whitewater Forest, visiting Peggy’s Wildlife Viewing Shelter. Ed was particularly passionate about helping the homeless and those less fortunate than him. His family will remember his quick wit, his laugh, and his love of a pre-dinner Manhattan. A private service will be held and burial will take place in Brookville, Indiana. Donations in Edward’s memory may be made to Hospice of Cincinnati at www.hospiceofcincinnati.org or Freestore Foodbank at freestorefoodbank.org/donate.