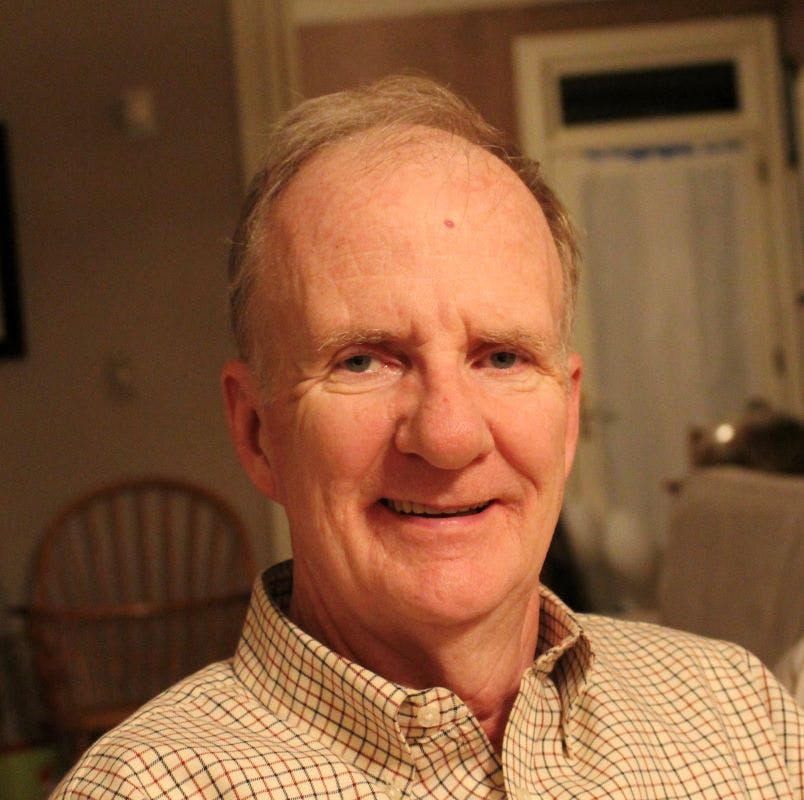 Edward "Ed" Albert Sweeney, Jr., was a loyal and loving father, husband, grandfather, and friend. Ed passed away on Sunday, November 21, 2021 at the age of 78, in Hudson, Ohio.

Ed was born to Edward Albert Sweeney, Sr., and Verlinda Carper Sweeney on July 6, 1943 in New York, New York. After graduating from Hobart and William Smith Colleges, Ed earned an MBA from the Wharton School of the University of Pennsylvania. Ed then embarked on a very successful thirty-year business career at Procter & Gamble, which allowed him to work and travel all over the world. He lived in Cincinnati and West Chester, Ohio for most of his adult life before moving to Hudson in 2018.

Ed was very generous with his time and resources. He was an active volunteer at his church and built up the Stephen Ministry program at Saint Anne's Episcopal Church in West Chester. Ed loved following politics and current events. He was also an avid sports fan of the Brooklyn Dodgers, Cincinnati Bengals, and European soccer. He loved to golf at his home course of Wetherington Golf and Country Club. He was a talented woodworker and loved giving his meticulous creations as Christmas presents. Ed was hard-working, determined, kind, quick with a smile, and smart as a whip.

Ed is survived by his loving wife of 23 years, Mary Frances "Fran" Sweeney, whom he always thought was one of the best things that happened to him; son Edward Frato-Sweeney and wife Libby; son Peter Sweeney and wife Kristin; son Stephen Sweeney; daughter Sarah Carey and husband Bryan; Fran's son, Stuart Swanson and wife Patricia; and ten grandchildren. He is preceded in death by his two parents and his first wife, Leslie Lehman Azure.

Memorial services will be held on December 27 at Laurel Lake Retirement Community in Hudson, Ohio. A family graveside service in Cincinnati is planned for next summer. In lieu of flowers, the family requests that donations be made in his memory to the Alzheimer's Association (https://www.alz.org/) or to Christ Church Episcopal in Hudson, Ohio.