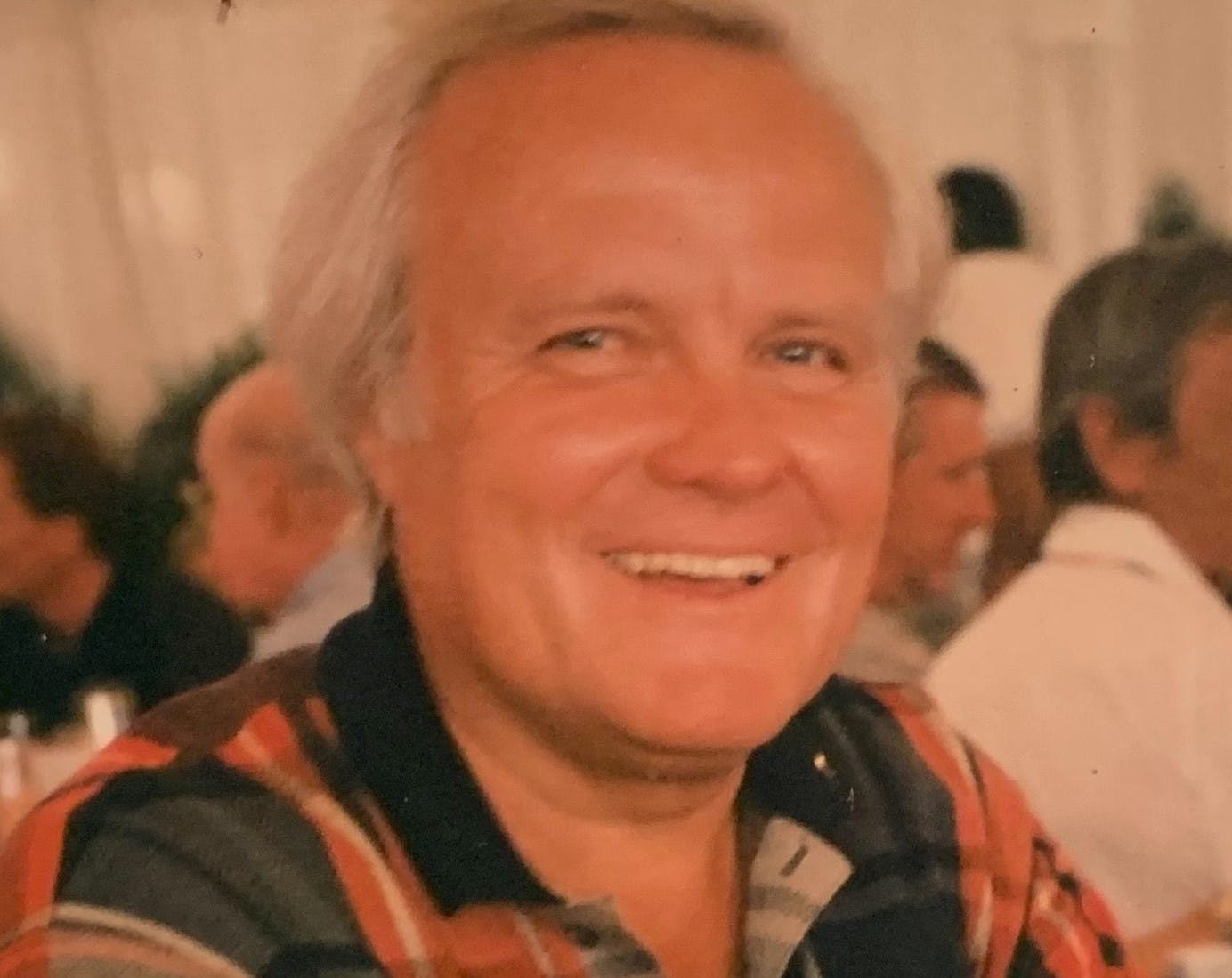 Edward A. Heimann born September 16, 1937, in Cincinnati, Ohio, to the late Mary and Alvin Heimann, died Sunday, August 1, 2021 at the age of 83. Ed was a graduate of Withrow High School and attended the University of Cincinnati where he was a proud member of the Sigma Chi Fraternity. Following school he enlisted in the Air National Guard and was stationed in Germany during the Berlin Crisis. Upon his return, he joined the family business of Hamilton Tailoring and the Globe Corporation along with his brother Bob. Later some of his children joined Globe and he felt blessed to be able to work with them. Globe and Hamilton were manufactures, representing dealers nationwide, of Fine Custom made suits, coats and uniforms. They sold Uniforms to the US Marines, US Air Force, Delta Airlines, Private Golf Clubs, and Police Forces across the country. While Globe catered primarily to their dealers, and larger organizations, Ed was a "gifted salesman" and was able to convince many well-known individuals in the golfing world like Arnold Palmer, Greg Norman to appreciate Globe's Garments. He also nurtured many celebrities like Perry Como, Bob Hope, Frank Sinatra, Glen Campbell, and Chet Atkins to be loyal customers. Soon, not only were they customers of Globe but they became Ed's friends. He often was invited to Palm Springs to Play in the Bob Hope Classic and stay in Bob and Deloris's home. A recent article in Town and Country polled a number of Athletes and asked them what they thought was the most coveted and well known award in sports. Overwhelming they agreed- the "Masters Green Jacket", which was produced for more than 40 years at Hamilton Tailoring in Cincinnati. Not only was Ed a gifted salesman, but also he was a "Master golfer" himself. At a very young age he beat Jack Nicklaus at Avon Fields. He won the Club Championship at Hyde Park Country Club 26 times, the Club Championship at Coldstream Country Club 18 times, Championship at Hammock Beach in Florida, and played with the National Society of Seniors.  He has also been inducted in the Greater Cincinnati Legends of Golf.  Ed loved the game; he loved seeing others succeed at the game.  He inspired others to love it as much as he did. He is survived by his children, Tina (Roy) Schweitzer, Trent (Lisa) Heimann, Tracy (Rob) Wessels, Troy (Jill) Heimann and the late Todd Heimann. Grandchildren, Todd "T.J. " (Dia), Brinton, Bristol, Braxton (deceased), Drake, David, Brandon, Samantha (Alex), Trent, Hunter, Sydney (Justin) Madison, Tanner, Faith (Xavier) and Hayliegh. Great-Grandchildren, Gage, Taylor, Caden, Peyton, Brooklyn, Blake, Emma, Emery, Bear and Aria. Brother, Robert (Sandy) Heimann and many nieces, nephews, cousins and friends. A family service was held at Spring Grove Cemetery.  A celebration of Ed's life will be held on Monday, August 9, 2021 from 3:00-6:00 p.m. at the Hyde Park Country Club, 3740 Erie Avenue, Cincinnati, Ohio 45208. In lieu of flowers memorial contributions may be given to a charity of your choice.  Sympathy may be expressed at www.springgrove.org.