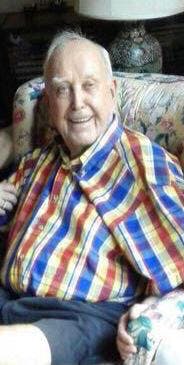 Dr. Michael Howett was born in Dublin Ireland on the 30th May 1925. He was the youngest of nine children and the last surviving member of his family. He graduated from University College Dublin with his medical degree in 1950. While in University he met his wife Dr. Evelyn Hess who was also studying medicine. Evelyn predeceased him in December 2015. Michael lived life to the full. He had a great sense of humor and enjoyed golf, travel and the Arts. A lover of all sports, he was a great hockey player and had the honor of representing Leinster in his youth. Michael and Evelyn travelled to London for further studies where Michael specialized in Obstetrics and Gynecology. He received his Master’s in OBGYN and was a fellow of the Royal College of Obstetrics and Gynecology in London. Along with his other accolades, he was a Fellow of the Royal Society of Medicine London and an Associate member of the London College of Music for Piano (A.L.C.M.). In 1964 they moved to Dallas Texas where Michael served on the Faculty of the University of Texas South Western Medical School. Moving to Cincinnati he served on the Faculty of Cincinnati University Medical School and the Faculty of Miami Student Health Centre. He practiced in Bethesda Hospital, the Good Samaritan and the Christ Hospital. He was President of the Cincinnati Obstetrics and Gynecological Society from where he received a lifetime Achievement Award in May 1990. He will be greatly missed by his many nephews and nieces, Dermot, Alan, Katherine, Patrick, Anne, Bernie, Eileen, Paul, Michael, Kevin, Sheelagh, Roberta, David, Desmond, Bryan, Richard, Deirdre and Rhona. Services will be held at a later date at the convenience of the family. Sympathy may be expressed at www.springgrove.org.