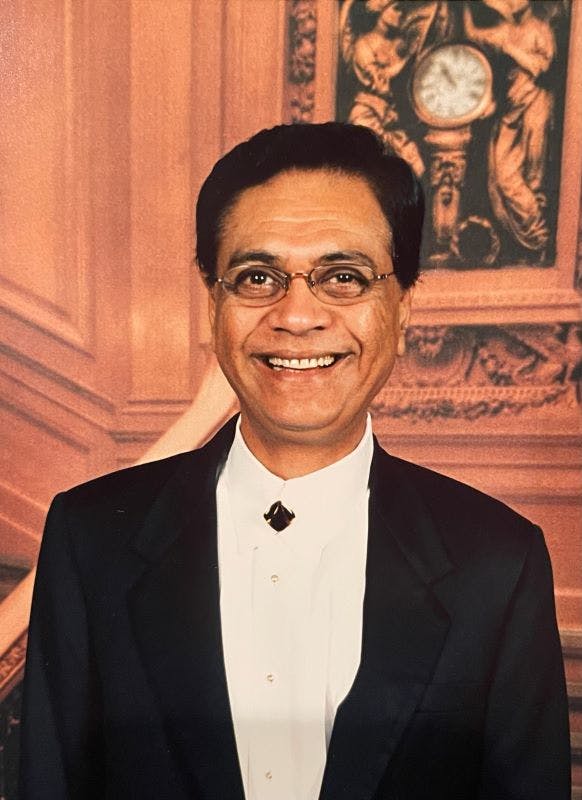 It is with great sadness that we announce the passing of Dr. Bharatkumar Dahyabhai Patel on December 1, 2022, days before his 75th birthday.

Bharatkumar was born in Surat, India on the 13th of December, 1947 and was the pride and joy of his parents Sitaben and Dahyabhai Patel.

He was raised in Dar es Salaam, Tanzania where he earned outstanding marks and continued his schooling in Baroda, India where he began his studies in the sciences.

He was a proud graduate of the Grant Medical College in Mumbai, India and subsequently held a variety of postings including a few formative years in London, England.

He furthered his medical education in the United States where he ultimately completed his Internal Medicine residency at Bon Secours Hospital in 1989.

He continued to serve the community of Michigan throughout his long career and was on staff at Ascension St. John Hospital and Beaumont Hospital of Grosse Pointe until his retirement in 2019.

He had an endless curiosity for science, enjoyed travel, consuming spicy ethnic foods and relaxing to classic Bollywood tunes from the early years. His mild manners and generous nature made him a friend to all.

He was dedicated to his family and friends.  We will miss his kind heart, his genuine smile and his warm presence.