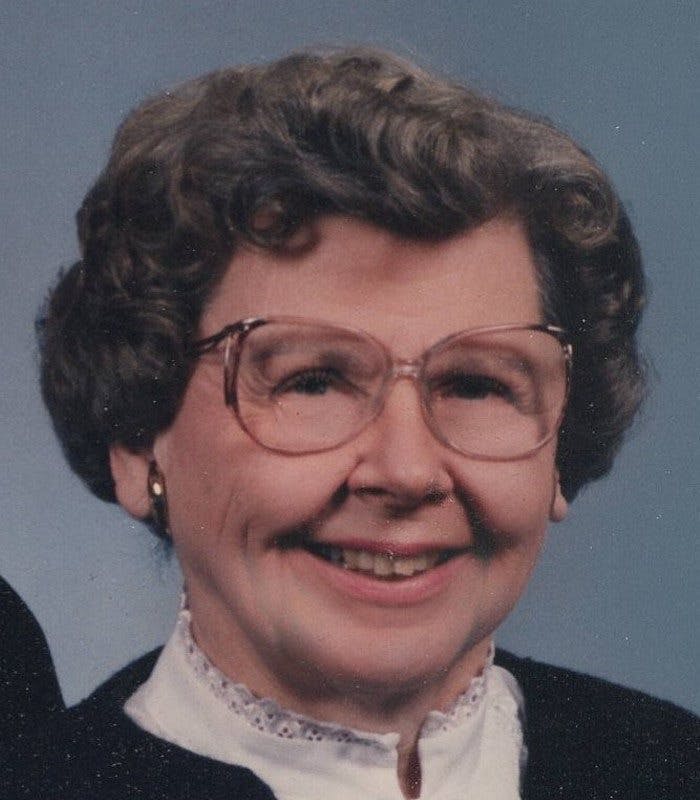 Doreen (Dolly) Lindemann Johnson, 92, a lifelong resident of Cincinnati, living recently in Columbus due to her declining health, passed away at Hospice of Dayton on December 14, 2020 with her children by her side.

Doreen was born March 28, 1928 in Cincinnati, OH, to the late Edwin Harry Lindemann and Norma Meister Lindemann. Doreen graduated from Hughes High School in 1946 where she was a class officer and also received an education degree from the University of Cincinnati in 1950. She was active in her sorority, Alpha Gamma Delta and Panhellenic at UC. She taught math for several years in North College Hill and then devoted herself to her family, friends, church, and civic organizations.

Doreen was known and loved for her engaging personality, desire to help others, and being a friend to everyone she met. Doreen was a member of College Hill Presbyterian, belonging to the same church fellowship group for over 60 years. As a child she took elocution lessons and used them throughout life, acting in plays, giving recitations at the Cincinnati Music and Literary Society, and even being selected to be on the Cincinnati Antique Roads Show. She enjoyed music, playing her violin, gardening, bridge games, camping and hiking in our National Parks with her husband and children, and travelling worldwide with her “Bob”. She was a member of the Cincinnati Woman’s Club, serving as a past president. She was ever devoted to each member of her family and encouraging their unique interests and life pursuits. One of her favorite Bible verses was John 14:27.

Memorial gifts may be made to The Alzheimer’s Association, The Cincinnati Woman’s Club, or Ohio’s Hospice of Dayton.