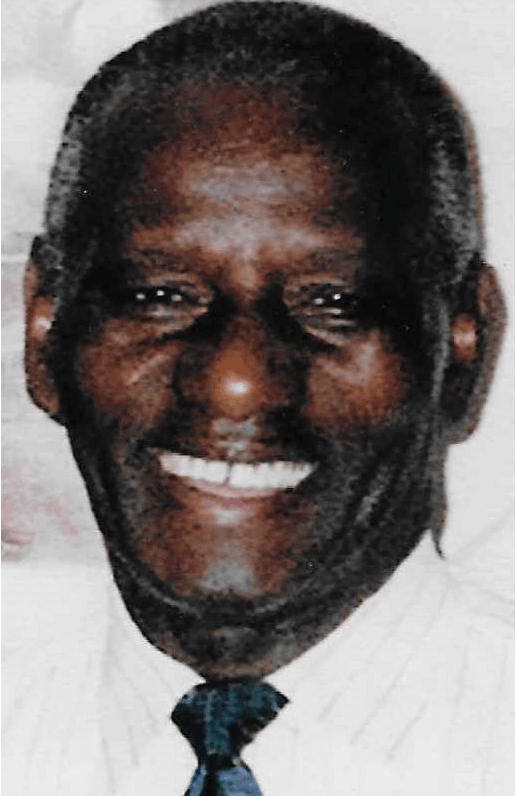 Donald Henderson affectionately known as “Dad” was born on November 07, 1934 to Elmer and Margaret [Walker] Henderson. He was the third of seven children born to their union. Donald went home to be with the Lord on Monday, December 21, 2020.

Born and raised in Cincinnati, Ohio, Donald attended Woodward High School before enlisting in the United States Army. Donald served three years before transferring to the Army Reserve where he completed eight additional years under the Universal Military Training and Services Act. Donald was awarded the United Nations Service Medal, the National Defense Service Medal, and the Korean Service Medal with two Bronze Service stars as a signal of his sacrifice, bravery, and honor while serving his country. Donald continued to serve the public as a dedicated employee with the Hamilton County Sherriff’s Department before becoming a small business owner.

As the sole proprietor of Henderson Janitorial, he secured an exclusive labor contract with Kings Productions [Taft Broadcasting]. This career opportunity allowed him to create employment opportunities for family and friends. Due to a business acquisition, Henderson Janitorial was dissolved, and he accepted an opportunity to join the Rusche Brothers as co-owner of Rusche Fiberglass. He worked there until he retired in 1996. Retiring as a full-time employee and small business owner allowed him to dabble in part-time carpentry and passion projects while devoting full-time to his church as he served his Lord and Saviour, Jesus Christ.

Although Donald was a successful small business owner, his passion was winning souls to Christ. Like his siblings, he was baptized at Mt. Olive Baptist Church at a young age, but Donald was proud to share it was not until he was seeking something better than this “old world” that he understood and accepted the plan of salvation in July of 1976, while attending Inspirational Baptist Church under the leadership of Reverend E.O. Thomas. At Inspirational Baptist Church, he was a dedicated leader as the Vice-Chairman of the Trustee Board, Master of Ceremony – Order of Services, and a Sunday School Officer before preaching his trial sermon and becoming licensed to preach as a Gospel Minister of Jesus Christ, and an Associate Minister in 1980. It was there that he met his loving wife of 41 years, Jewell Irene [Thomas] Henderson.

Minister Donald Henderson was an avid student. He had a hunger and thirst for the Word of God. He attended Temple Community Bible College for approximately six years to study the New Testament doctrine in depth. As he continued to learn and grow in the Word of God, he and Jewell left Inspirational Baptist Church, and in 1983, they joined Israel Missionary Baptist Church under the leadership of Pastor Nathaniel Young. At this time, Minister Donald Henderson began teaching the Word of God in the home of his eldest daughter, Deborah Ann Henderson-Morton, on Thursday evenings (not to interfere with Wednesday night Bible study at church). As the Bible study grew from five to more than 10 devoted students, in 1986, he transitioned to the West End YMCA. It was there that Minister Donald Henderson was called upon by the Lord to plant a church in the community of his childhood roots, the West End. In 1988, Pastor Donald Henderson founded West End Community Church [formerly West End Baptist Church] while his devoted helpmate, Jewell, shared her gift of song by leading and directing the West End Community Church choir.

Donald loved baseball! He was rumored to be good enough to play professionally, but he was persuaded to understand it was not a “practical” goal. However, it did not stop him from playing. He played organized baseball, softball, and he was a league bowler for years. He was an avid sports fan and loved being in the stands eating a hot dog and cheering for the home team.

Donald loved to shop and was known for his dapper choices in fashion. We often laugh at his preferred fabric of choice for casual wear. He should be crowned the Corduroy King! He loved corduroy, and you can quote him saying, “This is sharp.”

Many may not know, but he had a green thumb, and that was evident by the beautiful plants that adorned his home. Donald also loved dogs and deeply missed his cherished canine love, Fluffy. Fluffy was family, and he absolutely loved his family more than anything. Family for Donald was generational and spiritual. He did not separate his church family from his nuclear family.

To fellowship with family while enjoying a good meal was what he would call “A Mighty Good Day.” Because he loved his family, he wanted everyone to be saved. He would often ask, “How can you say you love somebody and allow them to go to Hell?” He wanted everyone to spend eternity with the Lord. So, if you want to see Pastor, Dad, Pops, Papa, Papa Head, Uncle, or Unc, do not fret. You can! There is a plan waiting for you. “Won’t you come?”

Pastor Donald Henderson of the West End Community Church pastored for 32 years, preached for 40 years, witnessed for 45 years, and lived for 86 years. Let us celebrate a life of monumental moments and a God of second chances.

Hebrews 09:27 “And as it is appointed unto men once to die, but after this the judgement.”

2. Are you having shortness of breath or difficulty breathing?

4. Any other flu-like symptoms such as fatigue, headache, gastrointestinal upset?

5. Have you experienced a recent loss of taste or smell?

6. Are you in contact with any confirmed COVID-19 positive patients (not including professional health care workers)?

If you answered “YES” to any of the above questions (1-6), please plan to attend the funeral remotely? The link to access the streaming event is below.

9. Do you have heart disease, lung disease, kidney disease, diabetes, or any auto-immune disorders?

If you answered “YES” to #8 and #9, please understand your risk for infection and recovery. Please consult your Primary Care Physician.

All attendants will be required to adhere to a temperature check and wear a mask covering their nose and mouth at all times (even when speaking).

Masks will also be required outside during the committal.

Seating is limited to 50 attendants per room with sitting for family only at the visitation.

Please do not have any physical contact with attendants while on the premises.

In lieu of flowers, please make a donation to the missions most dear to Pastor Donald Henderson: West End Community Church – Sunday School Fund and the SPCA Cincinnati.

Memo – In Honor of Donald Henderson