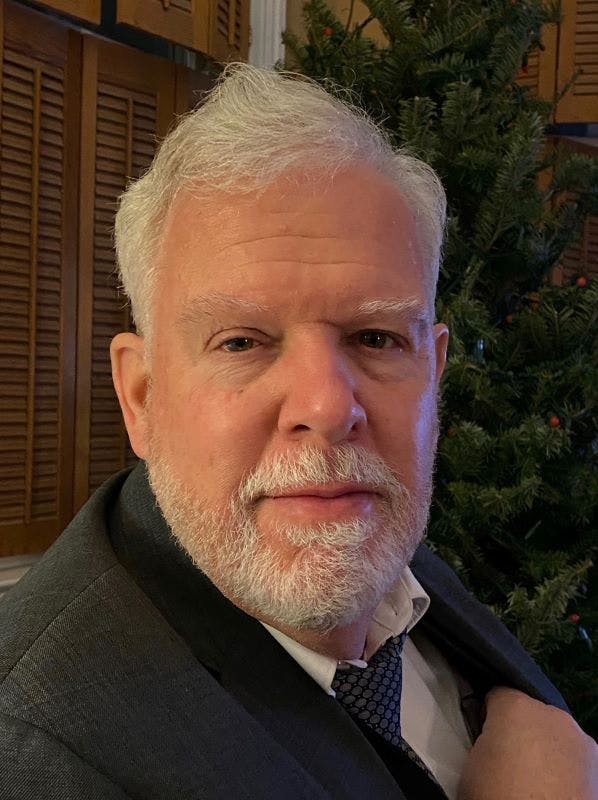 Dennis Sherman Risch died too soon, of Covid-19. He was 67. He loved nothing more than his wife of 40 years, Holly Hovater (Hollis), and his three daughters, Elisabeth (EB), Anna (Anner) and Rebecca (Becbec). His daughters marriages brought him three sons, Dan, Noah, and Wes, and a fiercely beloved granddaughter, Louise, who calls him Papa. Dennis was raised in Fort Thomas, Kentucky. He graduated from Cumberland College and Chase School of Law, and was a committed, passionate and die-hard fan of University of Kentucky basketball. He is preceded in death by his father, Larry, and survived by his mother, Pauline, and sisters Laurie, Paula (Jim) Head, nieces Maggie and Sophie, as well as in-laws Doug and Gloria Smith, sister-in-law Kari (Alan) Dixon, and Madisen, Holly, Dillon and Leila.

Dennis' legacy is that of kindness, generosity, and an open and loving heart. He was friends with everyone and knew no strangers. Anyone he interacted with heard all about his family and became an instant friend. Dennis never said no to doing a good deed: he was a consistent volunteer for charity ministries at College Hill Presbyterian Church, and offered legal aid to anyone who asked. He was an active and devoted father, coaching girls soccer at North Avondale and Clark Montessori and Walnut Hills, chaperoning school trips, and always being on call for giving rides, no matter the distance.  He loved going to concerts (especially U2), drinking bourbon, golfing, cooking, and gardening and working on the old victorian he and Holly lived in for 36 years. He loved filling the house with friends, showing his love through good food and time together. He was a loyal, kind and committed attorney. He was a fierce competitor and athlete, good at any sport he played, from softball to ping pong, racquetball, tennis, and most recently, running with the Queen City Running Group and participating in races and half marathons. Mostly he loved spending time with his family and friends.

We lost Dennis too soon, but his impact on the world and his communities will not be forgotten.

A virtual memorial will be held via Zoom on Sunday, February 21 at 2pm. Please register {here} . In lieu of flowers, offerings can be sent to College Hill Presbyterian Church and City Gospel Mission.