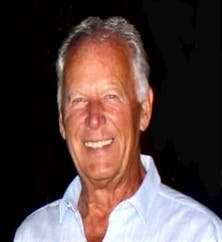 Because of COVID-19, we have been on hold and no longer want to wait to honor Dan’s memory.  There will be a memorial service for friends and family to share and cherish memories of Dan’s life that will be held on the Plaza at the Anderson Center, 7850 Five Mile Road, Cincinnati, Ohio 45230 on Sunday, October 18, 2020, starting at 1:30 PM with a special service at 3:00 PM.

Daniel Thomas Stewart “Pop”, devoted son, husband, father, grandfather, brother, uncle, and friend passed on March 23, 2020 in his wife’s arms, the love of his life, with his two daughters holding his hands.  He defied all odds the doctors gave him two and a half years ago with a long, courageous, committed fight.

Dan always lived his life in one way, all or nothing.  He was the life of every party.  He loved music, dancing, jokes, and always made every event a great time.  He lit up a room with his beautiful soul.  There is no person, stranger, or known friend that did not love him instantly.  He was one of those people in life you meet and never forget.  Dan was beyond gracious and giving.  His selflessness in serving anyone in need made everyone’s heart smile.  He was proud to watch and cheer for his grandchildren in the stands and on the sidelines.  He would always say he stood taller with each of their accomplishments.  He led his family with an abundance of love and respect, allowing all to learn from his examples of integrity, authenticity, commitment, honor, and grace.

Dan’s tremendous work ethic as a Local Union 212 IBEW Electrician for 52 years led him to start his own company, Win Electric Inc. in 1983.  He was a member and previous President of Shademoore Park, where he enjoyed the last 59 summers with dear friends and family.  He had many loyal friends, he considered brothers, at Hidden Valley Lake golf course where he had been a member for 31 years.  After retiring, Dan and Tina started a new chapter in their lives with family and old high school friends in Naples, Florida.  They have gifted a new set of friends that became like family from Westerly, Rhode Island.  This new RI family is where Dan learned another new passion, winemaking that so many were able to enjoy with him.  Thinking things could not get any better, they stumbled across a paradise at Surfside Beach Club.  Here they enjoyed great friends from across the United States, many beautiful sunsets, and lots of laughter.  Dan was larger than life for many and will be greatly missed.  His memory can be honored forever by those who choose to live their own life filled with love, positivity, happiness, and music as he did every day...  “I hope you dance”

We are planning a Celebration of Life when restrictions to large groups are lifted so family and friends can gather to remember a truly unforgettable individual… in True Dan Stewart fashion!

Donations in Dan’s name can be made to: