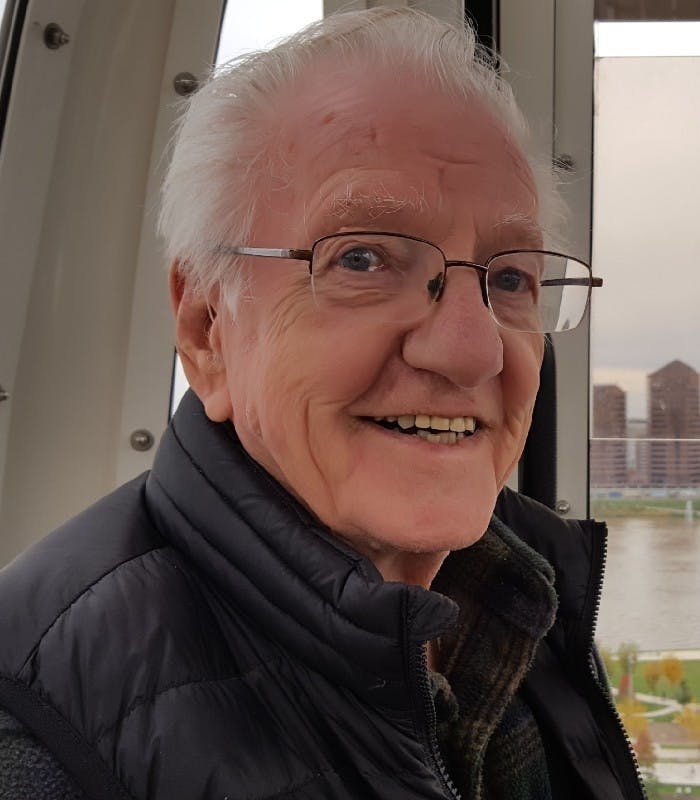 Ladwig, Carl Allen, age 94, passed away on November 29, 2020. He is survived by his loving wife of 38 years, Carol Ladwig (nee Lawler) and his beloved daughter, Victoria (Luis) Martinez of Scottsdale, AZ. He was born in Detroit, MI on June 10, 1926 to the late Carl & Ila Ladwig, brother to the late Hilda Kearney & the late Coral Ladwig. Carl was the loving stepfather to Roger "Charlie"(Marlene) Noble, Sharon (Steve) Brown, Steve (Ann) Noble, Lisa (the late Dan Sexton) Noble, Jennifer (John) Seithel, Kevin Noble, Julie (Jim) Roa, adored grandpa to 23 grandchildren, 39 great-grandchildren and 2 great-great-grandchildren. Carl proudly served his country as a small boat coxswain in the US Navy during WWII. He was stationed in the Pacific on a landing ship tank (LST) taking troops into Japan. Carl loved spending time with him family and friends, telling jokes, and enjoying a good glass of bourbon or scotch. A celebration of his life will be held at a later date. Memorials may be made to the American Heart Association. https://www.heart.org