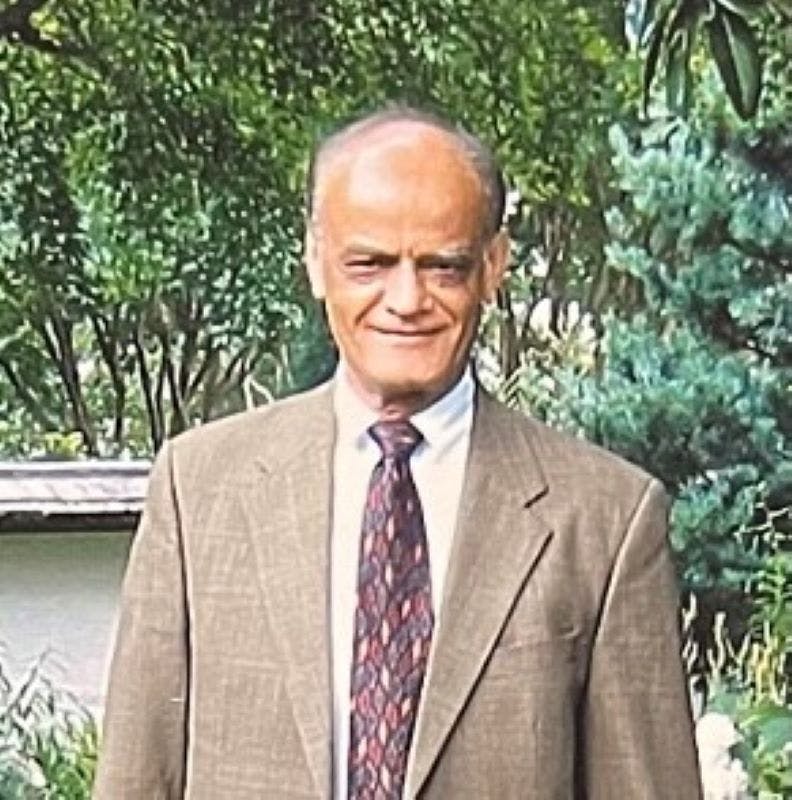 Bipin was a loving husband, father and exceptionally proud grandfather. He is survived by his wife Purna Shah; his children Malay and Sachin; daughters-in-law Seema and Ruchi; and his three grandchildren Rohan (13), Sona (8) and Devan (4).

He married Purna in February 1975. They welcomed their two sons Malay (1976) and Sachin (1982), who were the most important part of his life...until his grandchildren arrived. Although Bipin was known for his gentle smile, his smile was always the largest when he was with, or talking about, his grandchildren and grandpuppies.

Bipin immigrated to the US in 1969 to complete his master's in engineering at Brigham Young University. Following graduation, he moved to Ohio where he spent his entire career at Litton Industries/HK Systems, retiring in 2013.

Bipin was a beloved member of the Cincinnati community for over fifty years, known for helping anyone in need. He was an active member of the Jain Center of Cincinnati & Dayton, most recently serving in leadership and advisory roles. He will be incredibly missed by his family and friends and remembered for his selflessness and dedication to all.