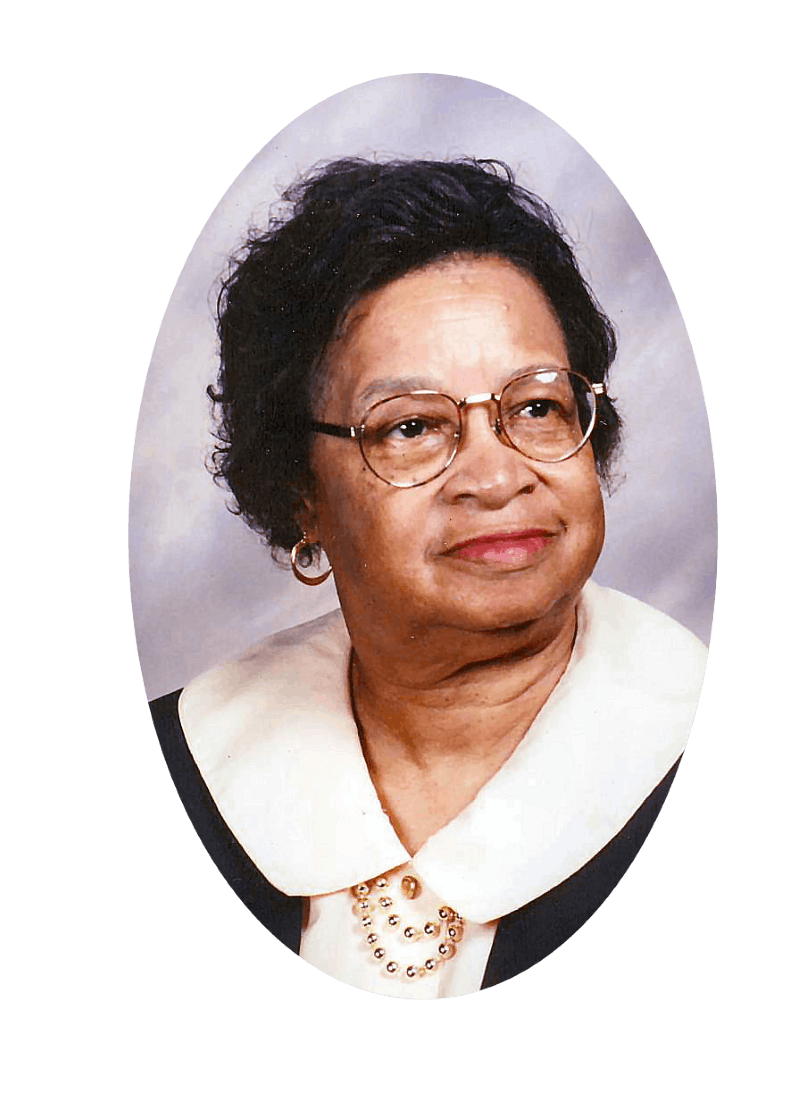 Bessie Francis Tillery was born on January 6, 1927 in Lawrenceburg, KY.  She was the third child of five children born to the late James Philbert Gray, Sr and Sallie Ann Roach Gray.

Bessie grew up in Cincinnati, OH and was a graduate of Woodward High School's Commercial Vocational program where she learned her business skills. A few years later in April, 1948 she married John F. Tillery, Jr and from that union she was blessed with two children, Derrick William and Teresa Jean.

Although she was a working parent Bessie made a point to be involved in organizations that nurtured her children and supported her community.  She was active in South Avondale Elementary's PTA, the Fleishman Boy's Club and was a voting poll judge in her Silverton community.    She moved her membership from Trinity Missionary Baptist Church to Zion Baptist Church in the mid 1950's.  There Bessie was a faithful member who used her God given gifts to sing in the Senior Choir, and serve as President of the General Missionary Society and Rebecca Missionary Circle.

Bessie enjoyed generational living with her family, her mother and her youngest sister Jeannie (Eugenia).  She also shared the same employer, Longview State Mental Hospital (now Pauline Warfield Lewis Center) with her older brother Robert for many years.  Although her oldest sister Louberta Weathersby, Robert and James have preceded her in death we can never forget the closeness and life lessons shared. Family gatherings were always loud and full of laughter, music and food. And then there were the jokes about Bessie and 'her bread'.

Bessie's  granddaughters Edith and Jillian were the center of her life and it gave her great joy to see them become wonderful Godly women with their own families. Bessie has left a legacy that reminds us of the importance of education and faith along with our obligation to support the next generation.

In lieu of flowers the family suggests donations be made to the American Cancer Society or Zion Baptist Church https://www.givelify.com/donate/zion-baptist-church-cincinnati-oh-2j7wy5NjI0NA==/donation/amount.