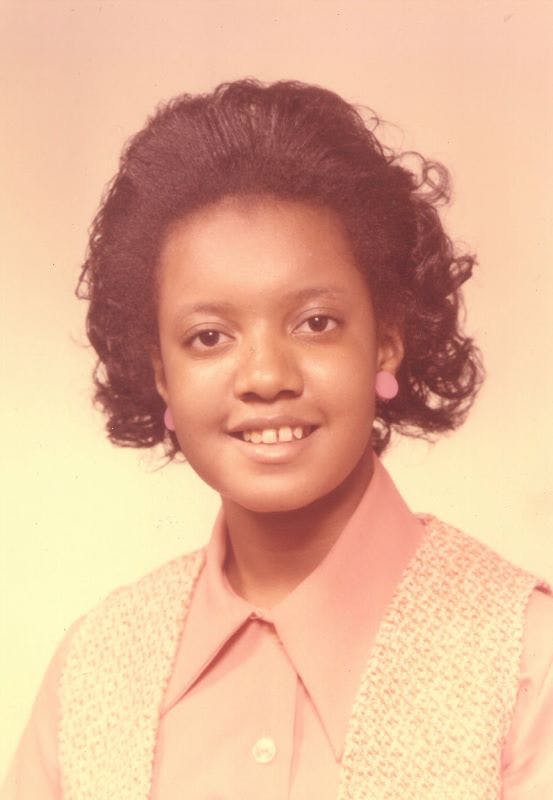 Ava B. Jones was born October 1, 1954, in Cincinnati, Ohio to the union of the late Brady H. Jones, Jr. and Minnie B. Jones (nee Jackson), making them very proud parents. She was also preceded in death by her sister Jackie Reid (Calvin).

Ava was the youngest of her parent's 5 children and was affectionately nicknamed "Sweetie Pie" by her parents because she had such a sweet disposition. She was educated in the Cincinnati Public school system and was a graduate of Hughes High School.

Ava loved her siblings. She and her sister Gwen had an unbreakable bond from Ava's infancy throughout adulthood. Gwen even became Ava's Caretaker when she became ill. During Ava's illness, she became in need of a kidney and Gwen did not hesitate to donate one of hers, which provided Ava with some relief for the next 14 years. Ava's late sister Jackie Reid (Calvin) and her family would come to Cincinnati every three months to visit and assist with Ava's care. Her brothers, Herbert and Vandy were always on hand to help whenever needed, as were her nephew Leroy Brazile and her niece Lisa (Tunji) Reid.

Ava loved to cook, read, and converse with family and friends about current events and the latest news. She loved her nephews and nieces and constantly doted on them, from the oldest to the youngest, they were her greatest joy!