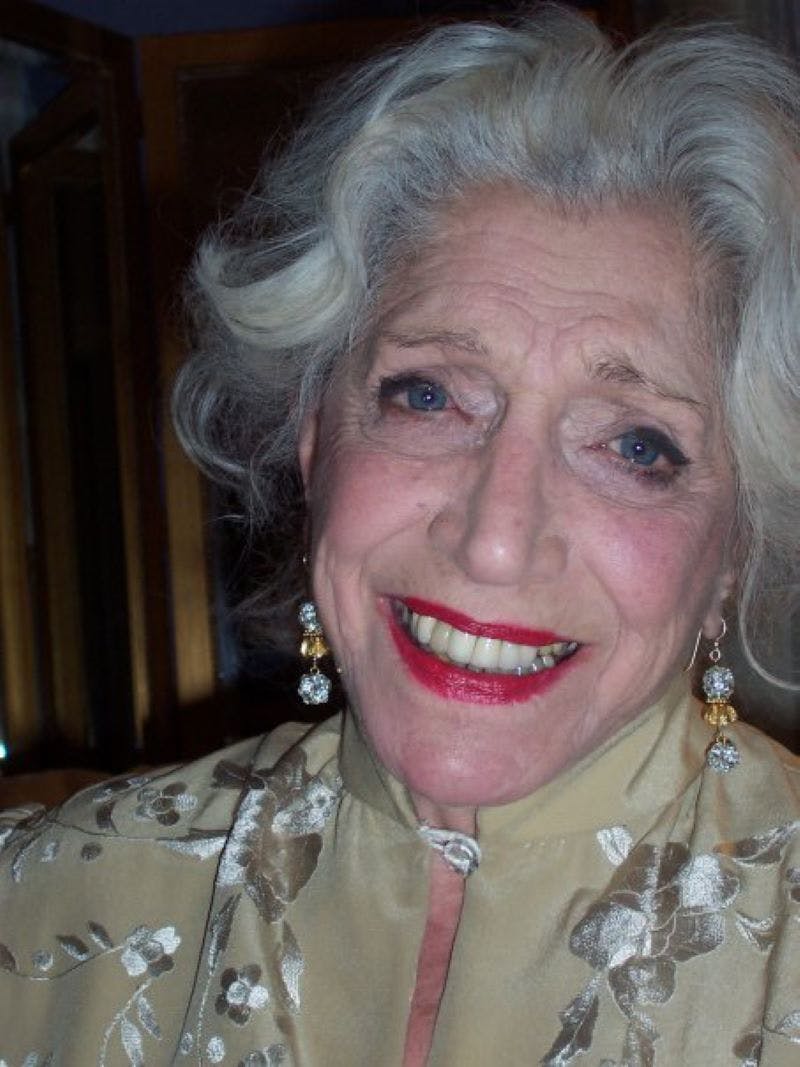 During WWII , while Jim Wainscott was stationed at the Pentagon building in Washington D.C., Anne was the Art Director at Raleigh's Department store. After Washington D.C., they were stationed in Charleston, South Carolina where she was a Grey Lady for the war effort. Together with her husband, they illustrated war posters and pamphlets for the Black troops that left Charleston Harbor. They were the first illustrators to illustrate the soldiers as they were, African American. While Jim was in the service, their two sons Clay and James, both artists, were born. In 1944, her family in Europe was killed in Dachau Concentration Camp before the war ended.

After moving back to the Cincinnati area, Anne resumed her career at Shillito's illustrating prestige ads for the French Room including bridal gowns, designer hats, Chanel suits, and Christian Dior dresses and drew the fashion supplement covers for the Cincinnati Enquirer from the 1950s to the late 1960s.

After retirement, Anne purchased her Riverside Drive condominium in Covington, Kentucky with a view of downtown, hanging her and her sons' artwork on the brightly colored walls, painting flowers on furniture and walls alike bringing the garden inside, and always keeping her refrigerator the legendary Schiaparelli pink.

While working in her garden, she met her neighbor and fellow gardener Michelle Holley, an English professor at the University of Cincinnati, who became her beloved friend of 21 years. Their love and creativity was central to Anne's prolonged good health and happiness and Michelle's unflinching care brought her to 104. Together they hosted many parties. Her porch became a salon where artists, designers, and writers gathered. Friends anticipated their annual invitation to her legendary birthday party where gypsy jazz bands serenaded, and champagne and coconut cake was abundant.

At 94, Anne was the source of inspiration for an event for fashion week in Cincinnati called "Inspired by Anne" created by Mary Zalla, Global President of Consumer Brands and the creative team at Landor that was housed in the former Shillito's building. To honor Anne's creative spirit and Cincinnati's fashion history, the Landor team projected Anne's artwork on buildings, decorated the store windows and recreated her former studio on site where 600 Cincinnatians toasted her legendary style.

After a devastating arson fire at age 101 that destroyed much of her original artwork, all of her clothes and home, Anne moved to Michelle Holley's home on Historic Dayton street, a place that she had loved since she was a girl.

Despite the tragedy, the two gathered fun-loving, creatives around them, including long time devoted friends Anne McCarty, Megyn and Emma Norbut, Brad and Honour Hook, Sharon Cook and Ingrid Jones. She was able to stay at home surrounded by love, her garden and dogs, Armando and Giovanni (Baby), and her cat, Sophia, thanks to dedicated loving caregivers Beatrice Borgert, Jessica Miller, Tara Frambes, Jasmine Childers, Kennedy McPherson, and Sydney Craig. With Michelle, they fed Anne's unwavering desire for beauty and were all blessed by her fierce love until the last moments of her life.

She is survived by her son James Wainscott of Cincinnati; her son and daughter-in-law Clay and Donna Wainscott of Lexington; grandson Carlin and his wife Jamie Wainscott; her beloved great grandchildren Adrian and Spencer Wainscott and her devoted friend, Michelle Holley.

In lieu of flowers, we would like for the talented children of the West End to be the beneficiary of her memorial. The dance troop, The Q-kids, cheered Anne in the last years of her life and brought her much joy. Donations in her honor can be sent to Q-kids, P.O. Box 14183 Cincinnati, OH 45202 or visit the website:www.q-kidz.org

A memorial service to celebrate her victorious life will be held at Provident Baptist Church on Dayton Street, Sunday, July 18, 4:00.