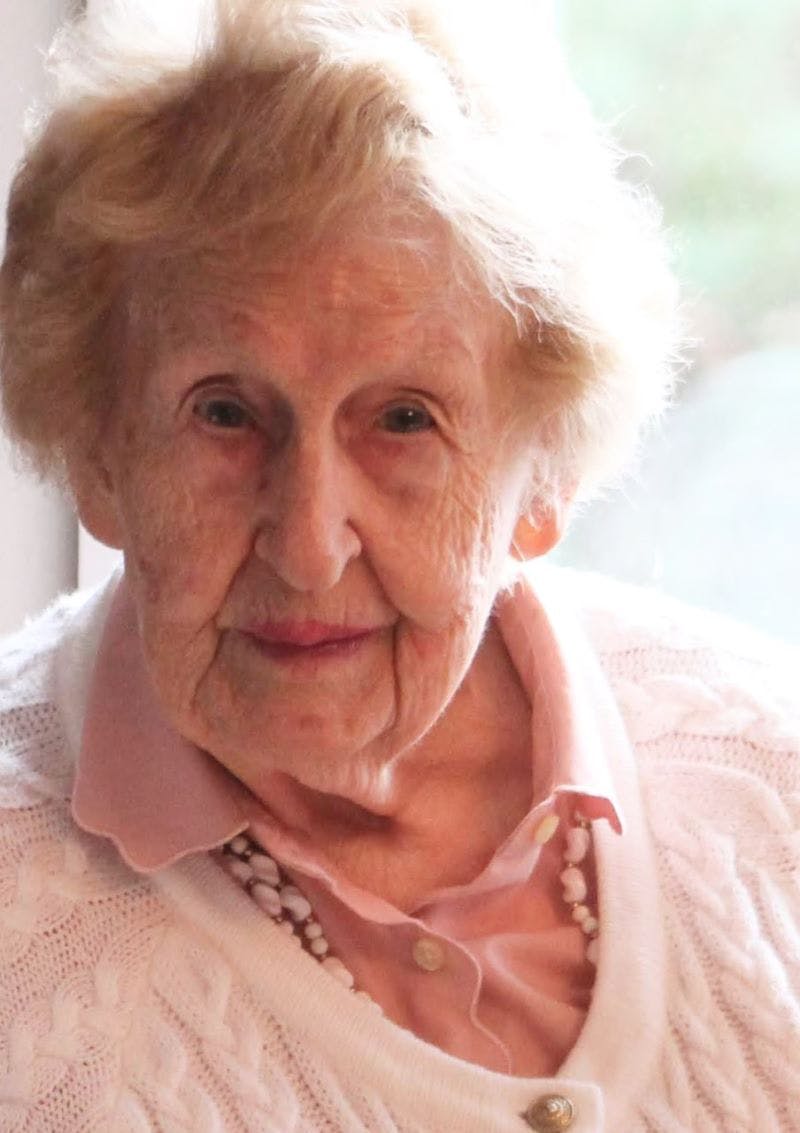 Alis Rule Robinson, born in Aurora, Illinois on April 6, 1924, passed peacefully on June 30th, 2021 at her son Luke and Rachel Robinson's home in Mt. Adams. She was 97. She is survived by her three sons, Logan (Edrie), Lee (Ann) and Luke (Rachel). Alis was the seventh of eight children born to Marguerite Stewart and Colter Rule, and survived them all. She grew up in Madisonville, graduated from Walnut Hills High School and attended the University of Cincinnati. She married her high school sweetheart, Landon Robinson in Savannah, GA in 1944, just before he was deployed to England to pilot B-24 bombers in WWII. Landon continued in the Air Force, serving in the Korean and Vietnam wars. Alis followed him on his postings to Lansing, MI, Dayton, OH, Savannah, GA, Fort Bragg,

NC and Newfoundland, Canada, raising their sons along the way. After Landon's service, they returned to Cincinnati, where Alis restarted her career as a real estate agent, following in the footsteps of her mother Marguerite, who was the first female realtor in Cincinnati. Alis was prominent in the field, eventually working at her son Lee's agency, Robinson Realtors (now Robinson Sotheby's) in Hyde Park. She lived in Madisonville and then Hyde Park, and after Landon's passing in 2006, moved to the Deupree House on Erie Avenue. She summered in Omena, MI on the Leelanau Peninsula, celebrating her large and loving family at triennial Rule-family reunions of a hundred people. She was an exceptional duplicate bridge player and never met a deck of cards she didn't like. She was adored by her eight grandchildren: Leyland, Lindy, Landon, Lane, Louie, Larson, Lela and Lorelei, and by nieces and nephews too numerous to name. In lieu of flowers, the bereaved may consider donations to organizations she supported, including: Walnut Hills High School, Queen City Hospice, Omena Historical Society, and the Leelanau Conservancy. Her passing, and the passing of her generation in the Rule family, have left a hole that will never be filled. Private family services will be held.