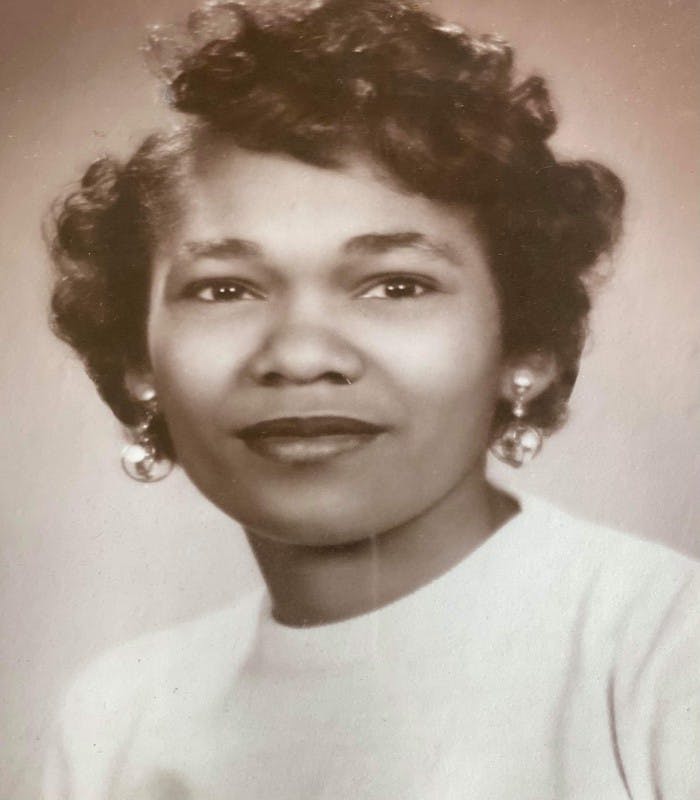 Born February 11, 1932 in Milledgeville, Georgia to the late Walter and Lucy Jones, she was affectionately known as Tina or Kitten.

After moving to Cincinnati, Ohio, she attended Cincinnati Public Schools and graduated from Woodward High School in 1952. She continued her education by attending nursing school and receiving her LPN (Licensed Practical Nurse) license.

After meeting and falling in love with Walter Evans Jr., they were married on October 6, 1954. Two girls and two boys were added to this union and the family established roots in Walnut Hills, where she became a stay-at-home mom. In 1970, Alice returned to work as a Public Health Nurse for the City of Cincinnati for over 20 years.

Alice was a longtime member of Bethel Baptist Church under the direction of Reverend Harry Brown and later Reverend Dr. Wayne R. Davis. She attended faithfully until her health began to decline.

Alice was a great cook and especially enjoyed preparing meals for her family. She also had a passion for shopping, traveling, eating out, and church activities.