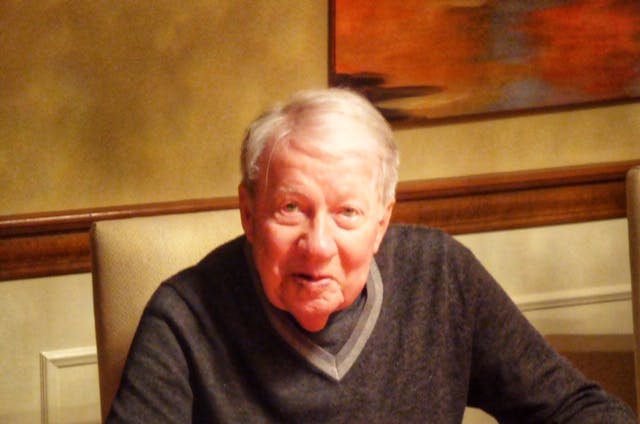 Frederic Gahr, pianist and teacher, was a native of Cincinnati. He earned Bachelor, Master and Doctorate degrees from the Cincinnati College of Music at the University of Cincinnati. At CCM, he was a prize-winning pianist and a recipient of the Dumler Award in composition. He concertized extensively as a piano soloist, an ensemble participant and a vocal and instrumental accompanist. Mr. Gahr performed as a soloist with the Cincinnati Symphony Orchestra and the Lima Symphony, and was the Music Director for Playhouse in the Park. He toured with many artists for the Sol Hurok Agency in New York, including opera stars Phyllis Curtain, Brian Sullivan, Dorothy Warenskjold, Salvatore Baccaloni, William Wildermann, Cesare Siepi, John Brownlee and many others. His longest association was with soprano Mary Costa, with whom he toured for eight years. (Mary was the voice of Princess Aurora in the 1959 Disney animated film, Sleeping Beauty.) Mr. Gahr taught at CCM for years and was Father Heim’s assistant with the Xavier Piano Series for thirty-eight years. He remained active in the music community, serving on the boards of Matinee Musicale and the Clifton Music Club. Mr. Gahr operated his private studio in Oakley from 1964 until his passing.