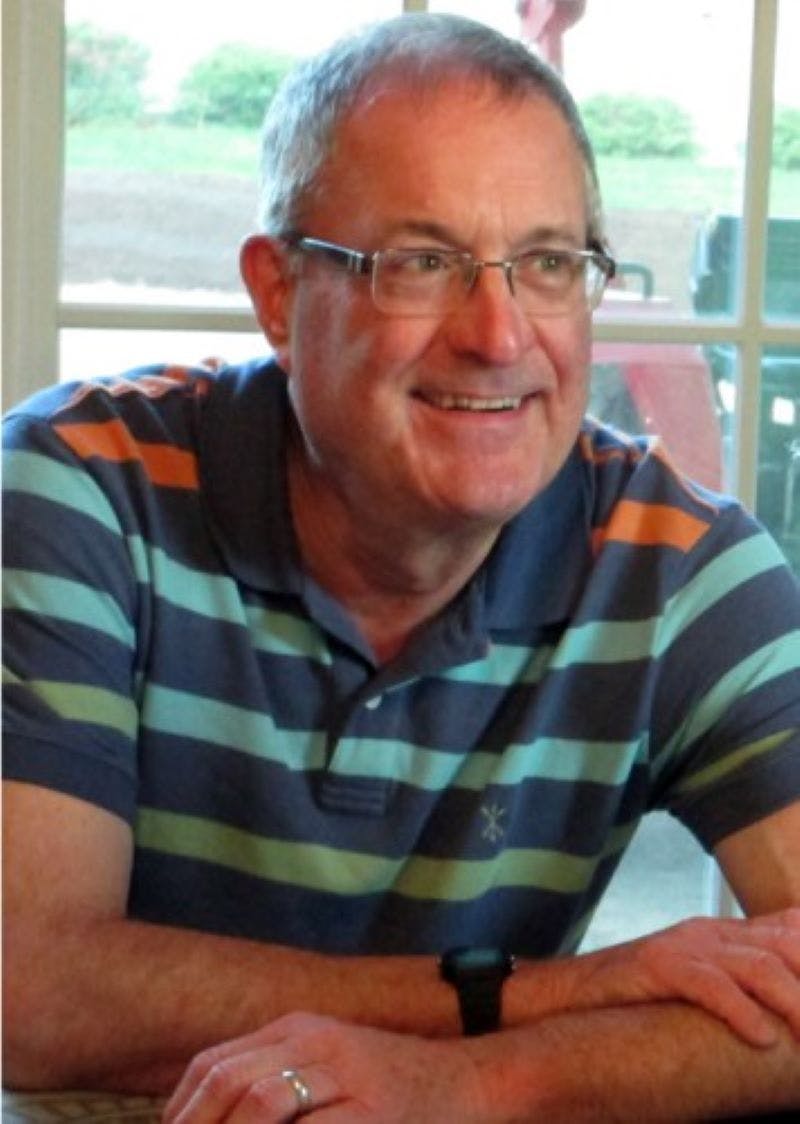 Adam Gray Holterhoff, Jr., age 71, a Valparaiso resident since 1981, passed away at the VNA Hospice Center on June 29, 2020. Adam had suffered several strokes after a period of declining health. He was born on May 14, 1949 in Cincinnati, OH, to Nancy (Koch) and (Adam) Gray Holterhoff. He grew up in Indian Hill, a suburb of Cincinnati. He attended The Ohio State University, where he was a member of Lambda Chi Alpha fraternity. Adam graduated with a Bachelor of Ceramic Engineering degree in June 1972. Later that same month he married Sarah (Sally) Anne Greenlee, who survives. Also surviving are children Benjamin (Katrina) Gray Holterhoff and Anne (Keith) Leonard and grandchildren Owen Gray Holterhoff, Theodore Gray Leonard, and Miles Fischer Leonard, all of Bloomington, IN. Adam is also survived by his mother Nancy, his three brothers, Frank, Chip, and Pete, and ten nieces and nephews. He was preceded in death by his father, Gray.

Adam's engineering career began at Kohler Company in Kohler, WI and continued with positions at Kaiser Refractories in Plymouth Meeting, PA, and in Gary, IN. He later worked in Buffington Harbor for Lehigh Portland Cement Company, then for Heidelberger Calcium Aluminates, and Calucem. His international travels for work and professional activities included multiple trips to Croatia.

Adam was an active member of the American Ceramic Society (ACerS) throughout his career. For the NW Indiana Section of ACerS, he served in every leadership position, including Chairman in 1988. In 2004 he became chairman of the Refractories Division of the Society. Being named a Fellow of the Society in 2006 was an honor that recognized Adam's contributions to the ceramic arts and sciences. He also contributed his knowledge and experience to the American Society for Testing and Materials International (ASTM) and its Committee C-08 on Refractories, helping to write technical standards. He received the ASTM Award of Merit in 2006. His professional scholarship included several technical papers that he presented at biennial meetings of the Unified International Technical Conference on Refractories (UNITECR).

Throughout his life, Adam had many hobbies and interests, which he always pursued with great enthusiasm and depth of detail: collecting U.S. coins and paper money, playing the guitar (starting with friends in their high school band, "The Loved Ones"), target shooting, camping, photography, and model rockets (including high power rocketry). He was a long-time member of the Valparaiso Coin Club. He enjoyed auditing classes in German and photography at Valparaiso University.

Adam shared his long-time interest in Monarch butterfly propagation informally with family and friends and by teaching enrichment classes offered by the Valparaiso Parks and Recreation Department. Most recently he was pleased to pass along this enthusiasm to his three grandsons.

He was the proud owner of a 1967 GTO convertible and enjoyed taking it to car shows and driving it in parades or just around town.

Adam was a generous volunteer. He served the Porter County Family Counseling organization for over two decades as treasurer. For years he was a volunteer for the Valparaiso High School Cross Country team, especially with the summer running camp of the VROOM running club. During recent summers he served as a guide for the Railway Garden at Gabis Arboretum.

As retirees for the past few years, Adam and Sally enjoyed fall and winter stays at their vacation condo in Bonita Springs, FL. While there, he enjoyed playing pickleball on the condo association's new courts and organizing plans for use of those courts and for an opening celebration.

Adam was a loving and supportive husband, father, son, and grandfather. He embraced the role of "Pop" to his three grandsons and patiently spent many hours with them setting up model train layouts on the floor. He was also a devoted son-in-law, father-in-law, uncle, and friend. Family pets (one special beagle and several pairs of Siamese cats) have been the lucky recipients of his care and attention through the years. Adam's loyalty, dedication, and sense of humor will be greatly missed.

Celebration of life will be held on Saturday, June 26, 2021, 10:30 AM at The Norman Chapel, on the grounds of Spring Grove Cemetery (4521 Spring Grove Ave. Cincinnati, OH 45232) where family and friends will be received from 10 AM until the time of service. Inturnment to follow at the cemetery.