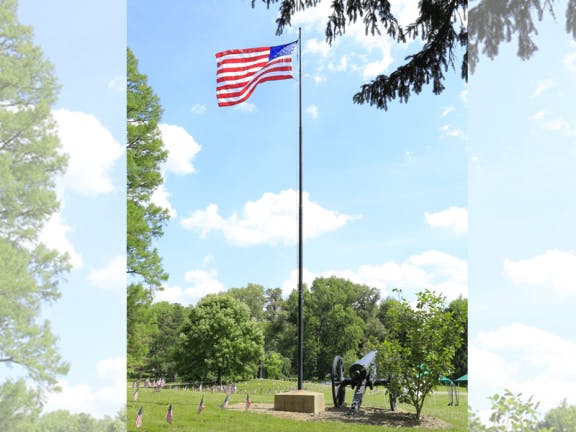 The Sons of Union Veterans will be hosting a Memorial Day ceremony in the Civil War Section, Section 21. Please enter from Spring Grove Avenue and continue under the railroad arch for parking. Other Memorial Day weekend events will not be taking place this year.

Originally called Decoration Day, the holiday was officially proclaimed on 5 May 1868 by General John Logan, national commander of the Grand Army of the Republic: “The 30th of May, 1868, is designated for the purpose of strewing with flowers, or otherwise decorating the graves of comrades who died in defense of their country during the late rebellion, and whose bodies now lie in almost every city, village, and hamlet churchyard in the land.”

It is believed that the end of May was chosen for the first Memorial Day because ”flowers would be in bloom all over the country.”

Limited, spaced out seating will be provided under tents.  Please bring your own chair/blanket if possible.  Masks are required.